Finally, a few before-and-after photos to give you a sense of our remodeled main bath now that the work is complete.  I encourage you to click on the photos so you can see more detail in the enlarged versions. 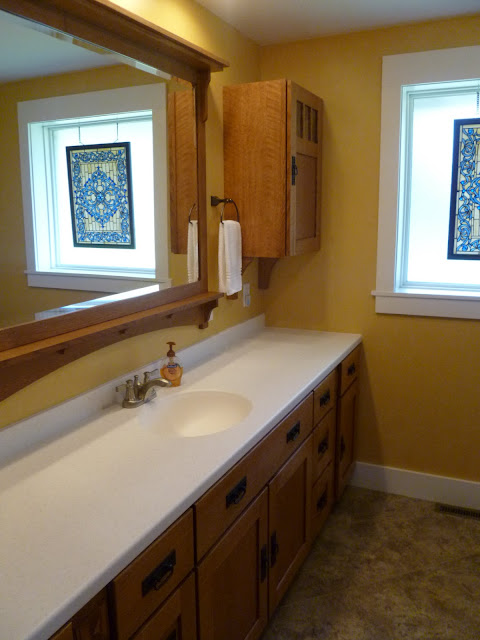 After.  Now that I look at these photos, I'm a little startled that there is very little left in the room that has not been replaced.  The stained glass panel in the window, and the register on the forced-air vent in the floor are the only "old" items I can see in this view. 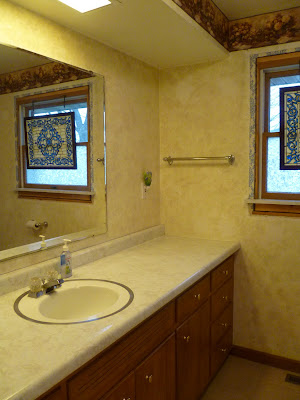 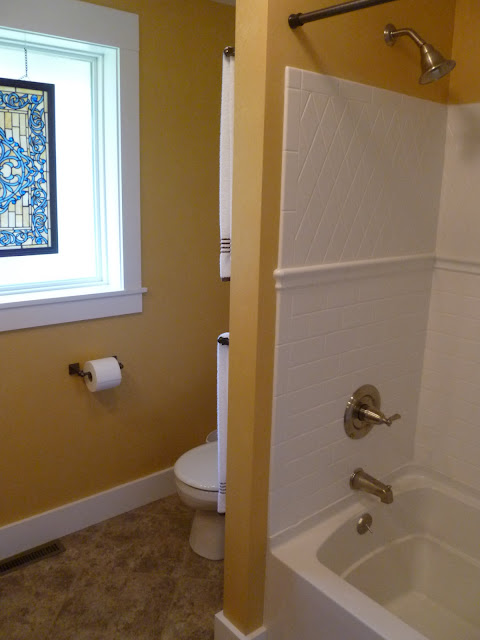 After.  I didn't expect to replace the toilet, but since its performance declined following re-installation in the new room, it found a new home in the landfill. 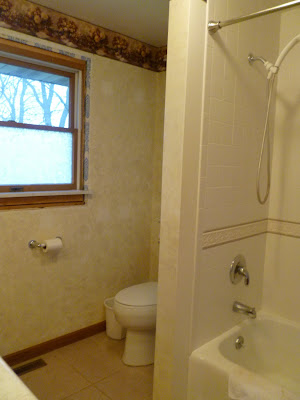 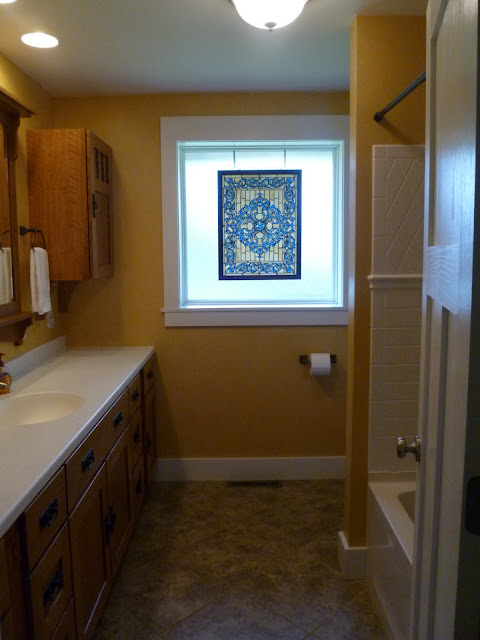 After. The new window seems larger than the old one even though it fit in the same hole in the wall.  The glass area is bigger since this window has a fixed pane instead of the double hung design we had previously.  Note: the ceiling light in the middle of the room is the same one we installed a few years ago, only mounted on a new ceiling! 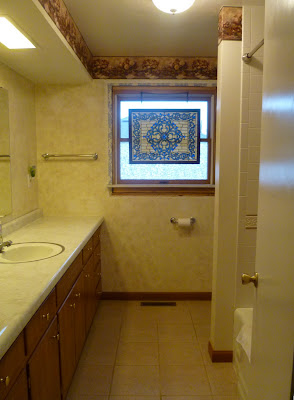 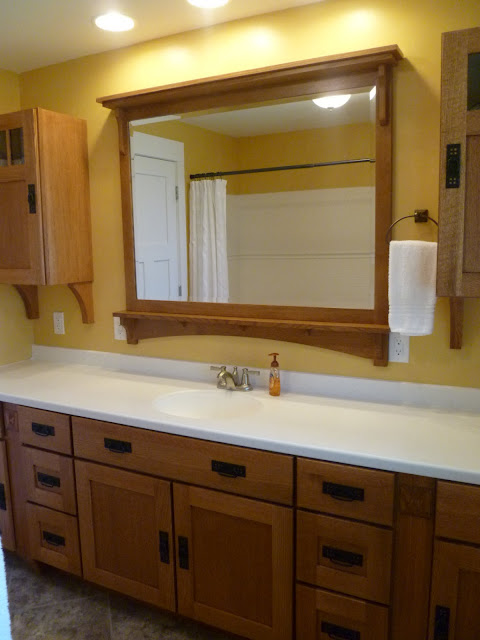 After. Even though the mirror and the cabinets came from different sources, I think they match close enough for our purposes.  Both are quarter sawn oak with similar finishes. 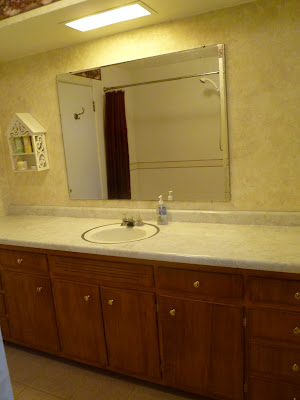 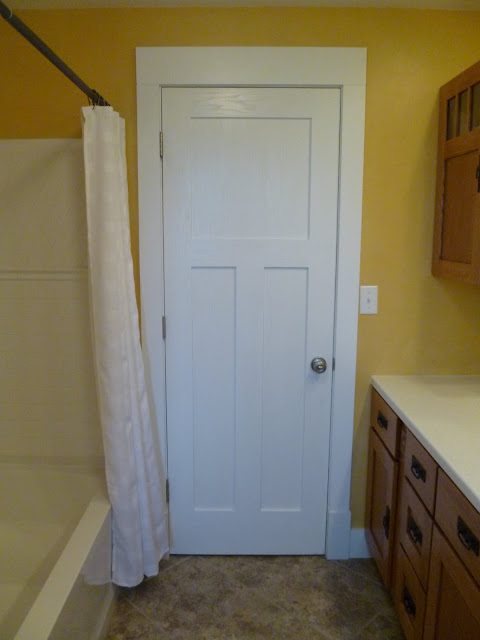 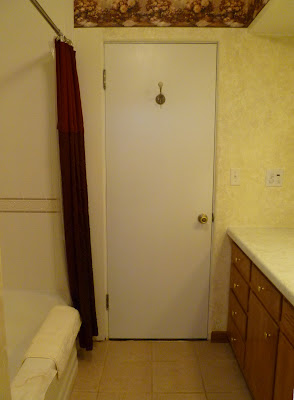 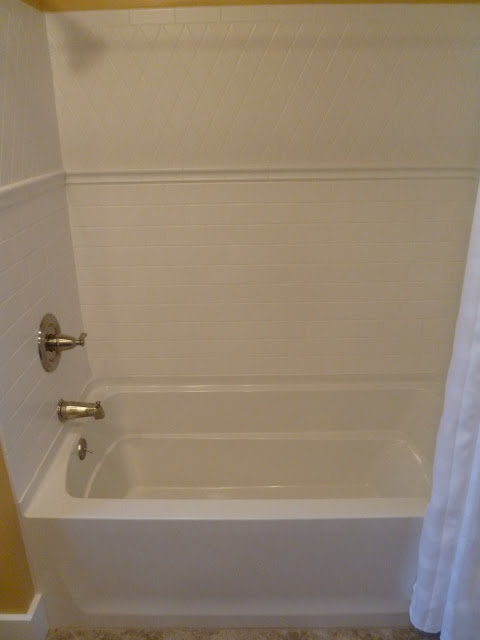 After.  Everything is new in this shot including the plumbing behind the walls.  We chose subway tile for the bottom courses, a chair rail, and harlequin tile for the top.  You can see the tile shape a little more clearly in the enlarged view of the photo. 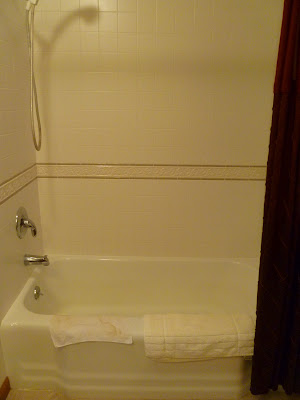 Before.  Probably the most painful part of the project was throwing out this tile that we installed five years ago before we moved in. 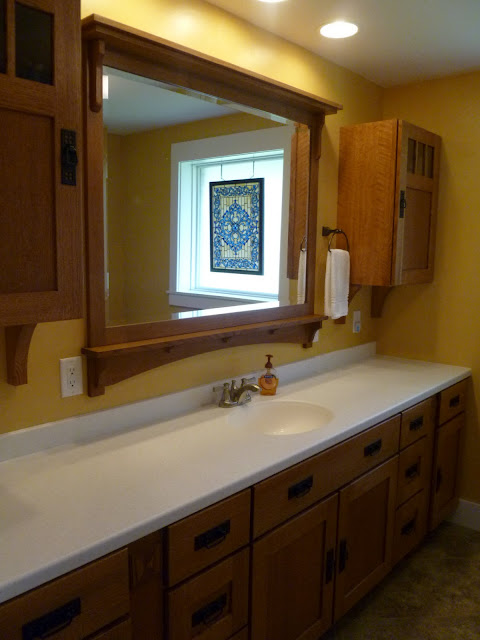 After.  One last shot of the cabinets, sink, mirror, and window.  Call us what you like, we rather prefer the new bathroom to the old one.