Karen and I both have ancestors that lived in or close to the Alsace region of France, so including some time in that region on our vacation seemed a natural thing to do. The fact that the region is charming also influenced our decision. We spent the better part of a day in Strausborg, and several days in Colmar, which is known for its wines, canals, and well preserved old structures. 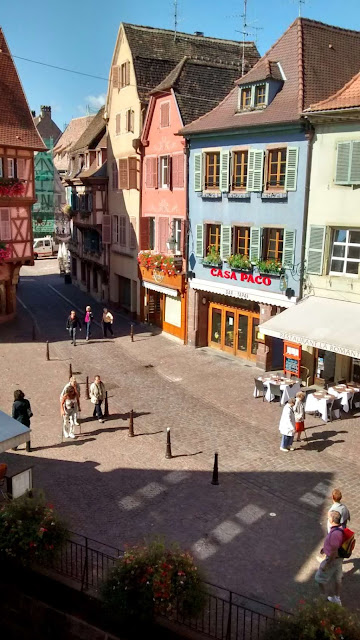 This was one of the views from our lodgings in Colmar: a quaint, winding, single lane street populated mostly by pedestrians, and one of the canals at the foot of our building barely visible at the bottom of the photo. 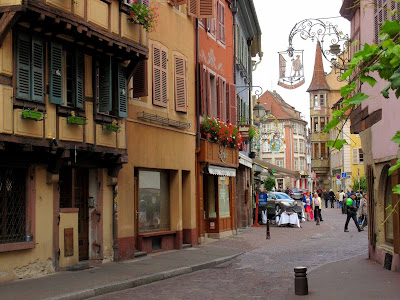 It seemed that delightful views like this greeted us around every corner in town, which is best appreciated on foot. Very observant viewers will have already spotted Karen in this photo. Even though she is out of view to the right, one can catch her reflection in the window on the left side of the street. 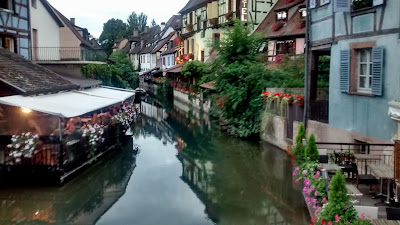 The canals in Colmar have earned the town the nickname "Little Venice," even though this is one of the few that appeared to be navigable. 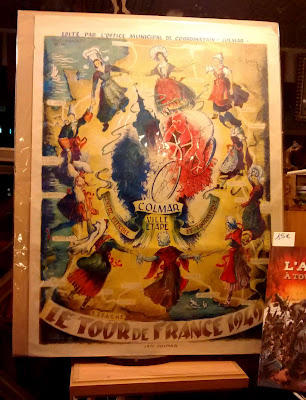 This poster for sale in one of the bookstores in town offers proof that the Tour de France visited Colmar in 1949 and pictures dancers in traditional folk costumes of the region. 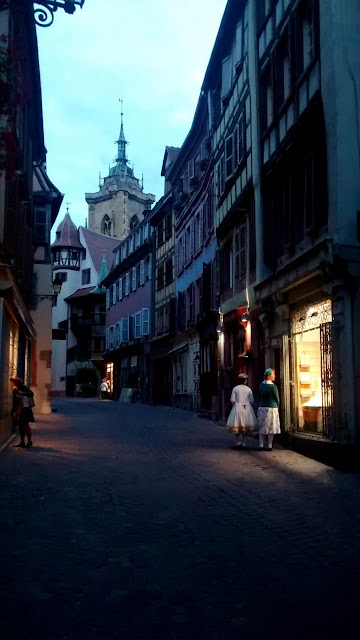 Finally, this image from our ramblings about town at dusk is one of my favorites, and illustrates the inviting nature of the town, even at night.