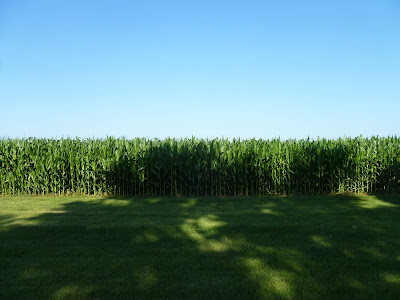 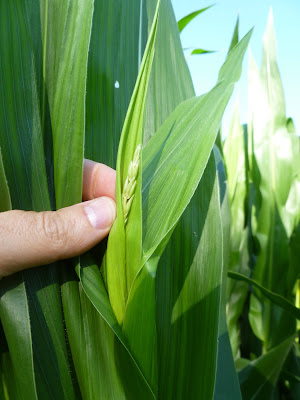 This was the first glimpse I had of the tassels this year, and I had to uncurl the leaves a bit to see this much. After a couple days, the tassels were out on almost all the plants.  Height = 92 inches. 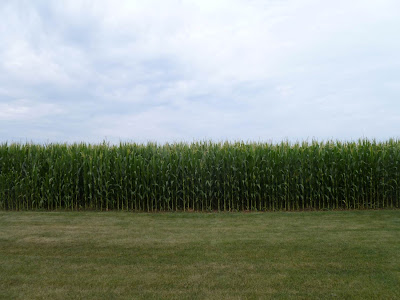 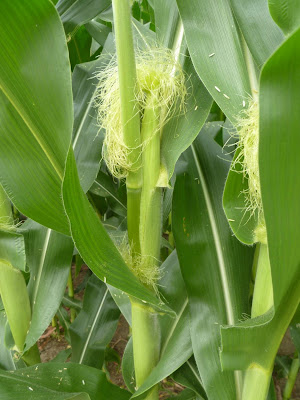 Lots of changes in just a week! The tassels popped out, and less than a week later the ears are growing by leaps and bounds. We haven't had significant rain in almost two weeks, but the corn doesn't appear to be suffering yet. Height = 102 inches. Changes in the ear and stalk should come pretty quickly now!

When we bought our house back in 2007, we weren't enamored with the 1950's style and we felt that several of the features were undesirably "dated." We liked the location, however, and felt that the move was positive overall. One feature that was handy, but dated, was the hall cabinet. A collection of shelves, drawers, and hanging space, it provided wonderful storage, but screamed "1950's!" Since we've been pushing the style of the house in a more craftsman/prairie direction, we thought it was time the hall cabinet participated in the transformation. 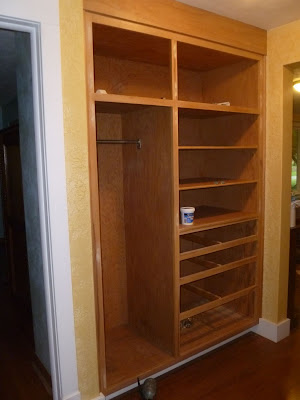 We're not very good about taking "before" photos of our projects, so here's a shot of the cabinet after the doors, drawers, and hardware were removed. 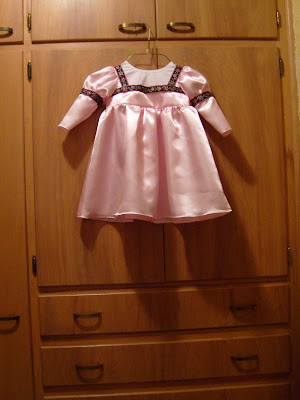 I found this shot in our archives that gives you a better idea of what the cabinet and hardware looked like. The fact that the handles are all identical and all horizontal was a neat touch, and even though the wood grain was very pretty, it was time to move on. Given that we've been converting all the trim in the house and painting it white, it was obvious we would paint this cabinet, but that didn't seem to be enough. 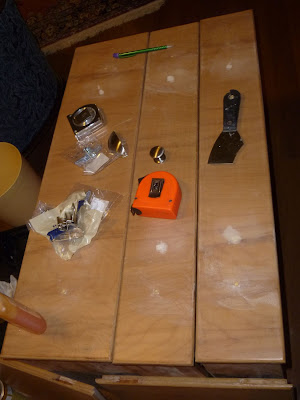 New hardware was necessary to match the brushed nickel we've used in other rooms, which unfortunately meant new mounting holes for most of the hardware. Here's a closer shot of some of the drawers while we were in the process of filling the drawer pull holes. 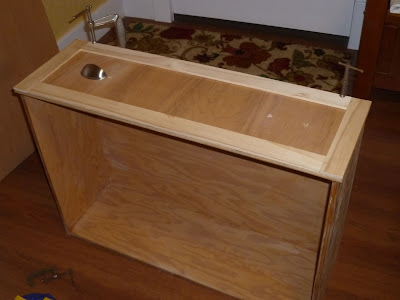 The rounded edges on the doors and drawers didn't fit the craftsman/prairie look, so we decided to add some accents to the edges of most of the components. Pine lattice 1/4" thick by 1-3/4" wide seemed to be proportioned appropriately, so that was applied to most of the faces while wood putty filled the gaps between the lattice and the drawer fronts. 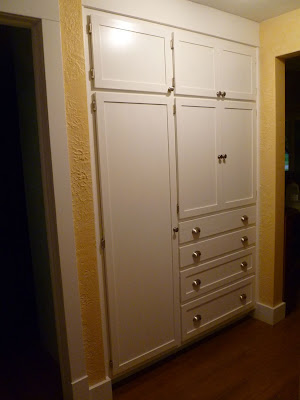 Several coats of paint later, this is the finished product. Like any project, there were a few changes made midstream, and a few errors corrected, but in the end we like the change.  The style is closer to other elements in the house and this project served as a nice warm-up for another, bigger project... 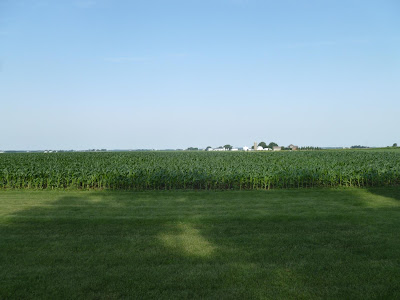 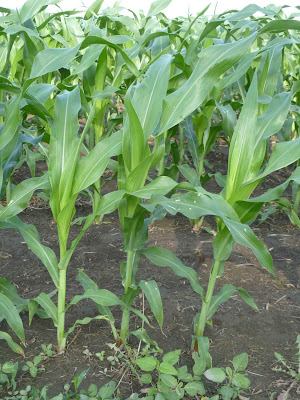 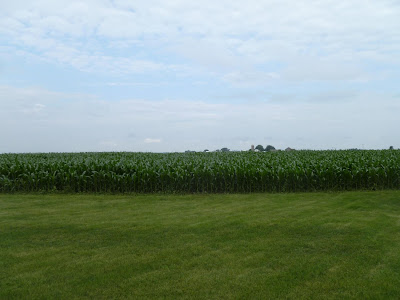 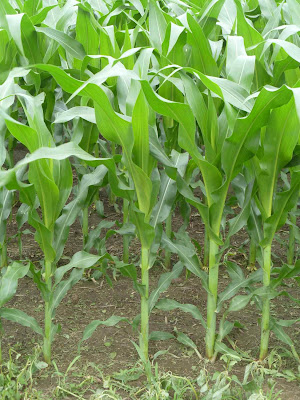 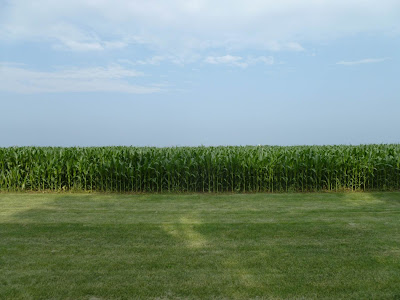 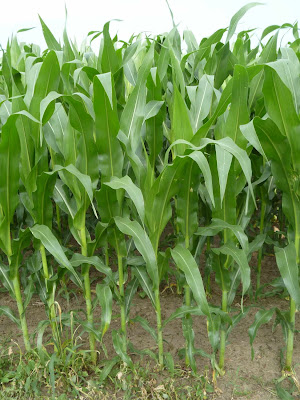 The last three weeks have seen a lot of growth in the backyard, as our view is now officially obscured and the corn is over twice as tall as it was two weeks ago!  It may come as no surprise that we've experienced more growing degree days in the past three weeks than the historical average.  Still no sign of tassels or ear development, but we'll keep our eyes open for that in the weeks ahead.  Thanks for visiting!