The Sanford family blessed the congregation again this year by hosting a picnic on Independence Day. The photos don't do justice to the Sanford's efforts to provide nearly unlimited opportunities for recreation and fellowship. The Lord blessed us with an uncharacteristically cool day, and no major injuries! 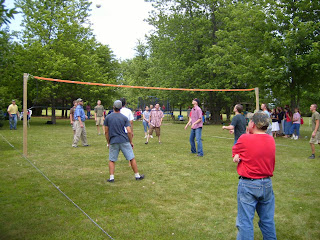 This volleyball game was pretty intense for some of the participants, although I think Jacob (in the red shirt) was trying not to tarnish his cool, nonchalant persona... 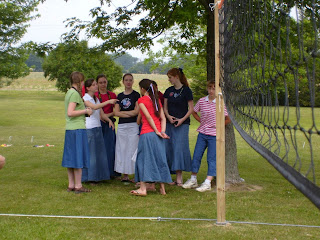 Obviously the girls are trying to act uninterested, although it's hard to tell which is more uninteresting, the volleyball game or the conversation. 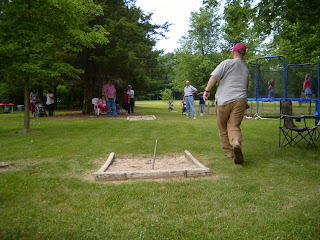 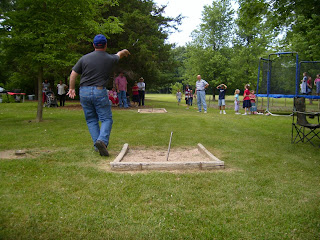 Mr. Degenhart showing that he is no casual horseshoe pitcher himself. 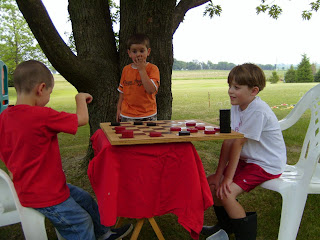 The checkerboard proved to be the site of some captivating action. Here Matthew is aghast that Jedidiah would consider a move that would only put him deeper in debt to Noah. Meanwhile, Noah basks in smug confidence that his victim is all but finished. 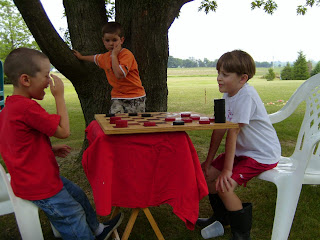 Jedidiah finds it quite amusing that Noah and Matthew would consider him so dimwitted as to fall into Noah's trap. Matthew realizes that Jedidiah may be laughing, but he still hasn't taken his turn. Meanwhile Noah mumbles, "Clearly you thought that I thought that you knew that I knew that stalling would only confuse my mind so that I would forget that you're really from Australia which we all know is populated with dishonest people...." 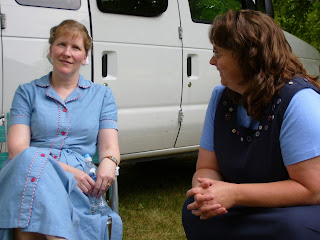 Karen and Mrs. Niesen in the parking lot discussing the finer points of wearing blue on Independence Day. Actually, they chose this spot so that Mrs. Niesen could keep an eye on Stephanie who was enjoying a long nap inside the van. 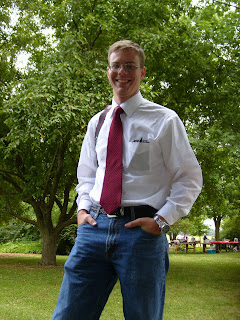 Jared demonstrating for us how people dress for picnics in Iowa. 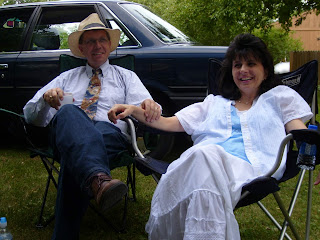 Mr. and Mrs. McDonald demonstrating for us how people dress for picnics in Texas. 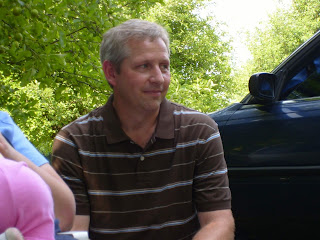 Mr. Niesen is happy he's from Illinois so he doesn't have to feel obligated to wear a tie to a picnic. 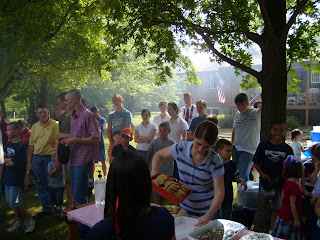 Some of the hungry hordes assembled for the blessing on the food. 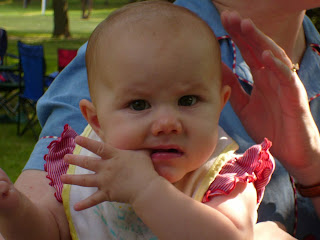 Little Sara seems to be content teething on her thumb and enjoying warm meals courtesy of mom. 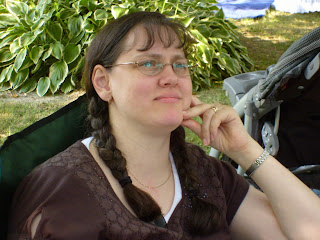 Mrs. Ryken contemplating the warm meal digesting in her stomach. 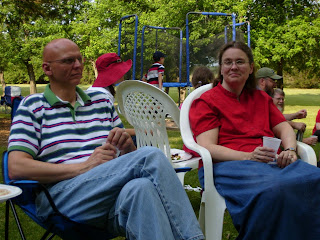 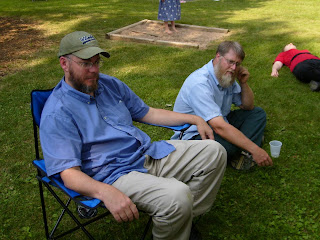 Mr. Evans and Mr. Whitaker setting all the world's problems in order now that they've had dinner and dessert. It appears that Raquel ate so much she's been stricken unconscious. 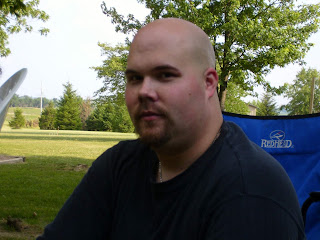 Mr. Ben-Ezra doing his best to look intimidating, but we all know he's just a big teddy bear. 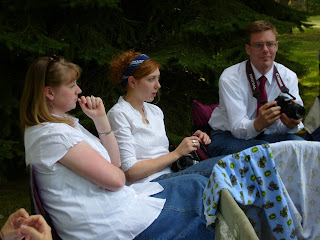 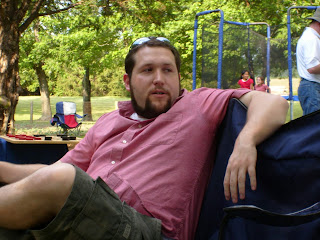 A rare photo of Mr. Peiffer apparently undistracted by some Apple product. Since that scenario is unlikely, I think he's updating his blog from his iPhone in his right hand. 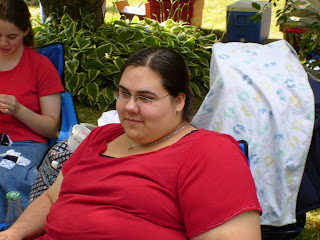 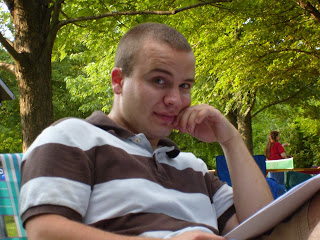 Ashton cramming for his part of the evening program. The concerned look on his face was unwarranted as he did a splendid job. 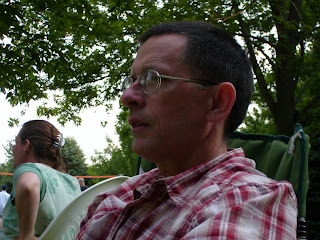 Mr. Candler secretly praying that his son doesn't lose any body parts while tending to the fireworks.

Email ThisBlogThis!Share to TwitterShare to FacebookShare to Pinterest
Labels: Providence 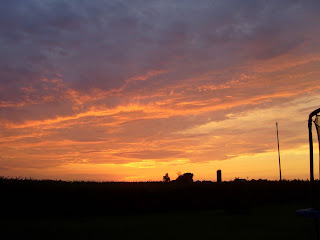 Email ThisBlogThis!Share to TwitterShare to FacebookShare to Pinterest
Labels: sunrise/sunset

Corn in the backyard, week 5 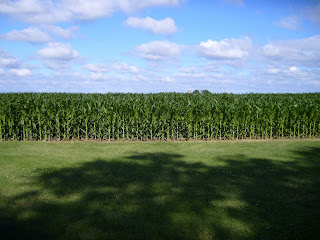