You may not recognize the name Elbridge Gerry, but I'll bet you recognize his influence almost 200 years after a Boston newspaper coined a term based on his last name. In 1812, Governor Gerry of Massachusetts signed a law that redistricted his state to benefit his political party. One of the districts gained a slender, winding shape that resembled a salamander, so the term describing the act of shaping a district to gain political advantage references both Gerry and the shape of that infamous district.
Surely after 200 years of social progress and unselfish service by our elected officials, gerrymandering is an antiquated concept. Or maybe not. 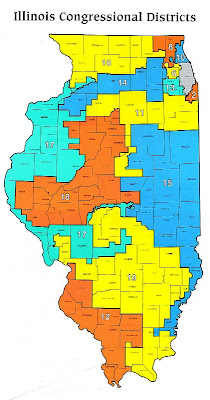 I don't know which individuals are responsible for the ridiculous congressional districts in Illinois, but they ought to be ashamed of themselves. At least the Chicago area is untouched by such underhanded tricks, right? 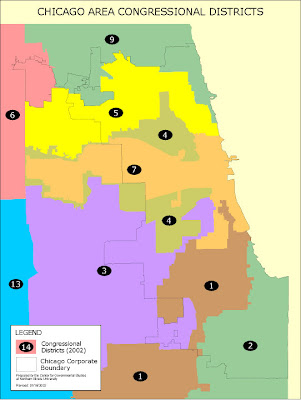 Other than districts 1, 3, 4, 5, and 7, it looks pretty reasonable. District 4 was actually drawn by a federal district court in order to establish a district with an Hispanic majority that satisfied Section 2 of the Voting Rights Act of 1965. So that means it's legitimate. Or something....
Posted by Mr. Riggenbach at 9:18:00 PM 2 comments: Links to this post

When God blesses you with 5 more inches of fresh snow in your yard you naturally enjoy looking at it for awhile, but then you really need to take dominion. One usually takes dominion by shoveling and placing the snow in a place where it doesn't make life difficult. A better way to take dominion is to eat the snow! Granted, we only took dominion over one gallon this time, but you've got to start somewhere. 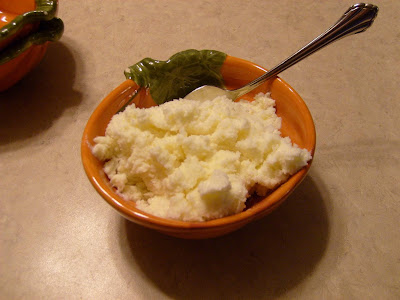 The recipe below came from our neighbors at Marjo Acres, who also turn out a tasty gallon or two of milk on a regular basis.
1 cup cream (I can't imagine this recipe with anything but fresh, raw cream)
2 eggs
1 tsp vanilla
1/2 cup sugar
Mix all ingredients and pour over 4 quarts of clean snow. Mix well.
The original recipe called for 1 cup of sugar, but we found half that amount was plenty.
After warming yourself with lots of shoveling, who doesn't crave ice cream in the middle of winter?
Thanks for visiting!
Posted by Mr. Riggenbach at 9:30:00 PM 5 comments: Links to this post