We've attended several wonderful concerts in the Ballroom at the Governor's Palace, but we've never seen one of Shakespeare's plays performed there -- until now.  Although there's no record of any theatrical event taking place at the Governor's Palace in the 18th century, this adaptation of Shakespeare's "Twelfth Night" was our first opportunity to see Shakespeare performed in a colonial era setting with 18th century costumes.  I'm glad we went.

Although the play was performed ten times in December, we were unaware of its existence until about a week before we were scheduled to begin our trip.  Karen saw a Colonial Williamsburg blog post that offered two free tickets through a random drawing, and decided to enter.  To her surprise, she won!  The only problem was that we won tickets for a sold-out performance scheduled for the day BEFORE we planned to arrive in Virginia.  Fortunately, our schedule was flexible, so we were able to leave home a day earlier than planned, and made it to town a few hours before show time! 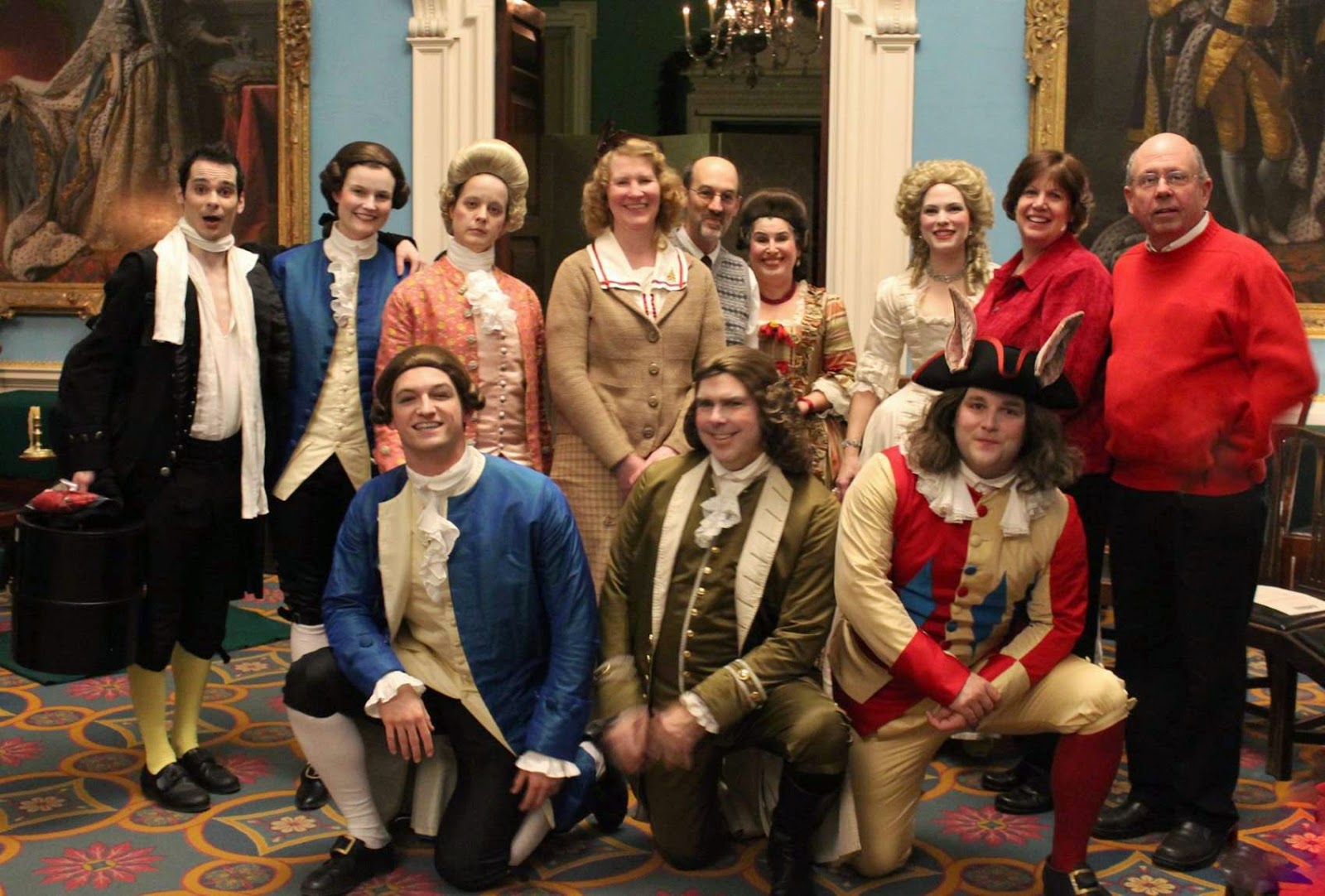 The performance was not a disappointment.  The actors were all very talented, and presented Shakespeare's 16th century language in a way that was relatively easy to follow.  The costumes were nicely executed, and the actors even made some references to the room in which the play was performed.  The fact that we got to visit with most of the cast after the show was simply icing on the cake.  In the photo above, Karen and I are in the middle surrounded by eight members of the cast, and Ralph and Dotty on the right, who also won tickets to the play.

The moral of the story: if you see a contest, enter it!  Especially if entering is free, and the prize is something fun you can't do every day! 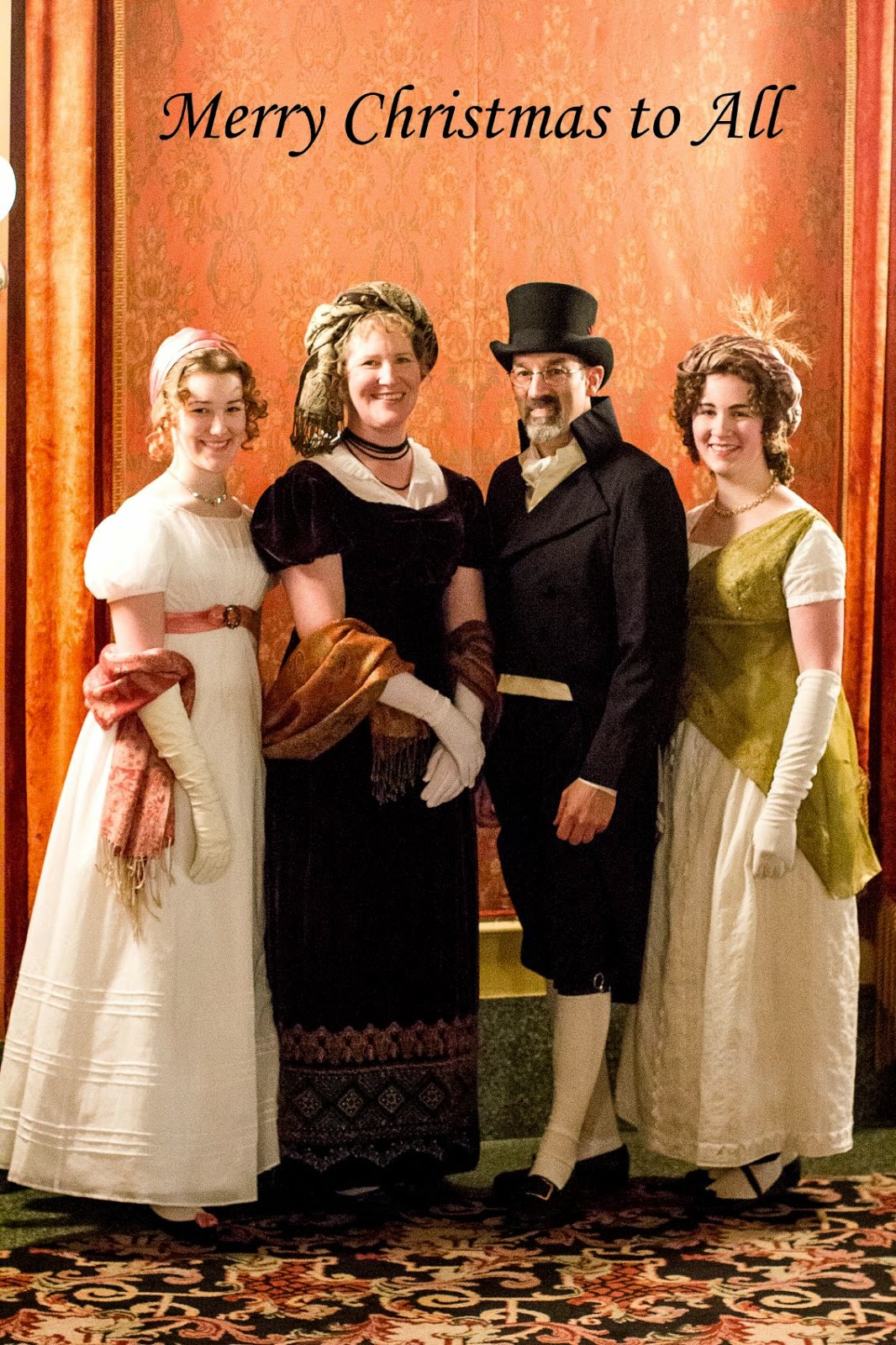 Merry Christmas from our house to yours!

Some aspects of this remodel project have been intimidating since they involve skills I don't have, or techniques I've either never tried, or seldom get to use.  Even worse when the results will be prominently displayed when the project is finished.  The wainscoting on the stairwell presented one of those challenges. 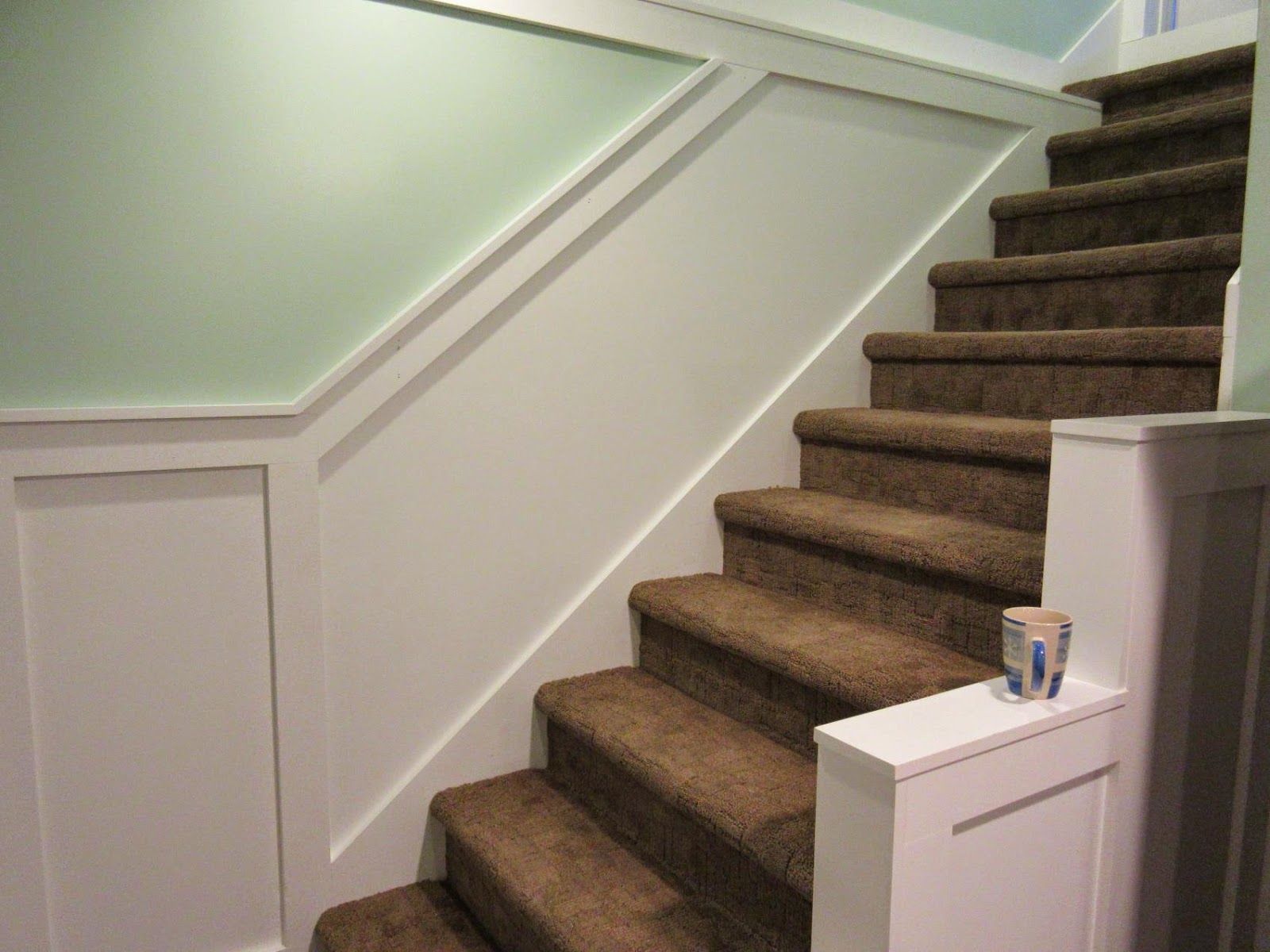 My goal was to continue the spacing of the vertical stiles (visible on the left side of the photo above) up the the angled section of wall next to the stairs.  A couple of simple angled cuts on each end of each board was all that was involved, but I didn't have a tool to help me transfer the angle to the boards, so I left this project until I had a clear idea of how to tackle it.  I took special care to make the angled upper rail board parallel to the stringer trim board next to the steps based on the geometric principle that the angle would then be the same at the top and bottom of the boards. 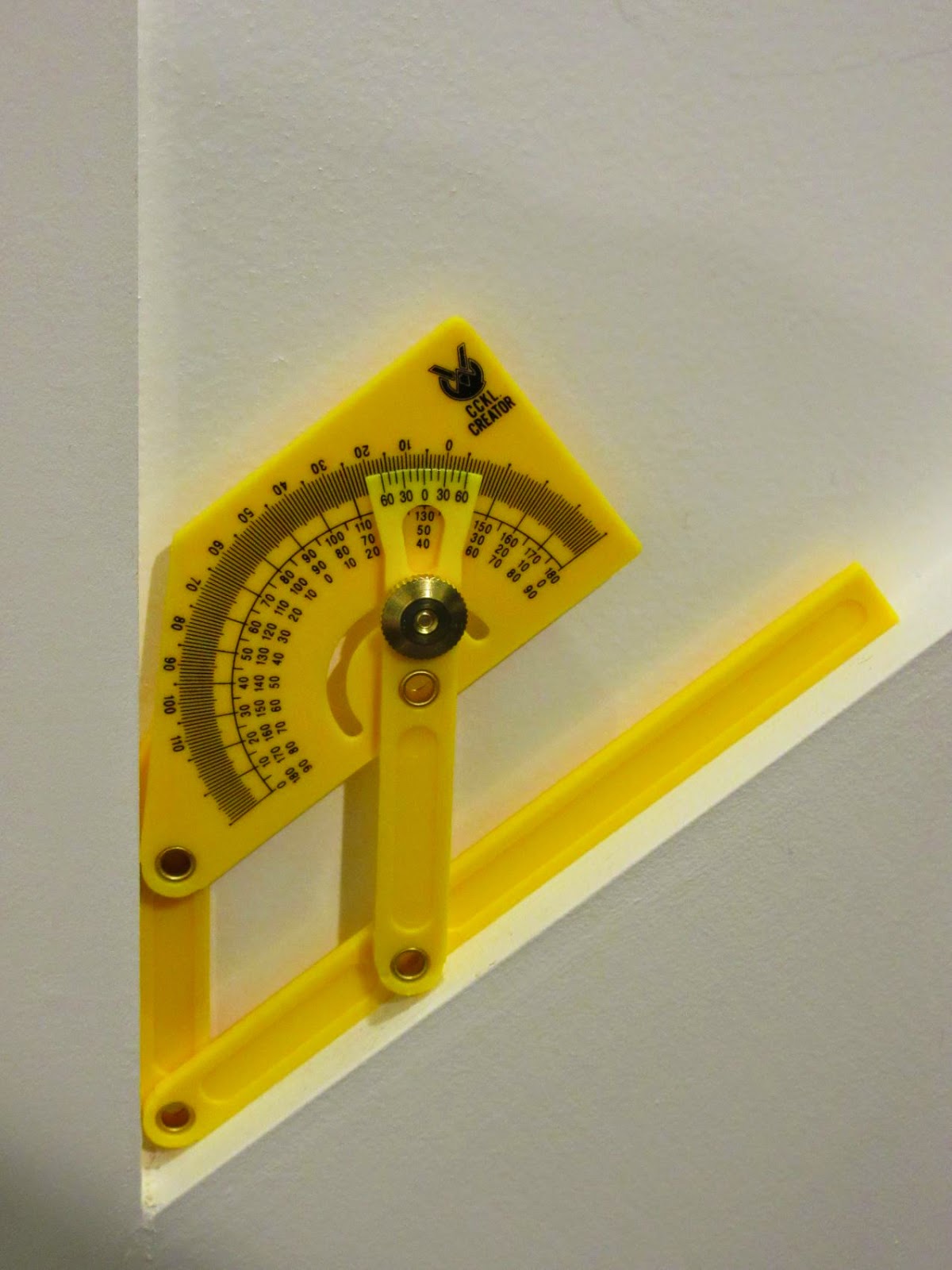 This handy little tool proved to be the key that made this project a lot easier.  I've seen simple wood and steel angle finders used by others, but never had one for my tool box.  This Harbor Freight Multipurpose Angle Finder isn't terribly accurate due to its size, but since it is based on a four-bar linkage, it's actually pretty versatile beyond the simple application I employed it for.  In my case I placed the tool in the angle between the stringer and vertical stile at the bottom of the staircase since that was the angle I wanted to duplicate on the other stiles.  I checked the stile for plumb and was reassured that it was true enough to ensure the other stiles parallel to it would also be plumb. 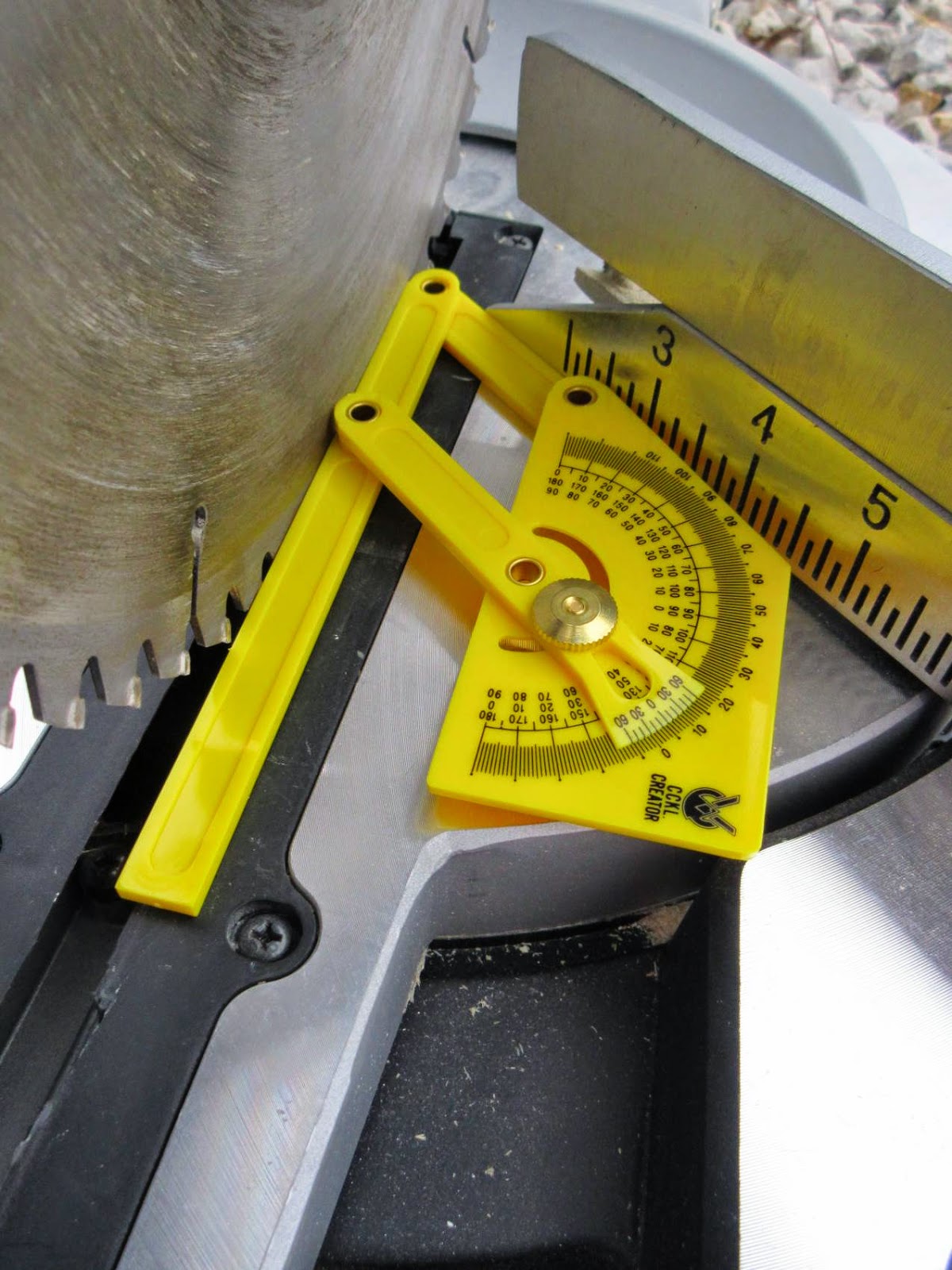 The angle finder was then used to set the angle on my miter saw table.  After making one cut on one end of a board, I fit the stile to the stringer and checked for plumb.  I had to make a couple slight adjustments to the angle of the table before I was happy that the saw matched the angle on the staircase, but eventually was confident the stiles would fit as desired. 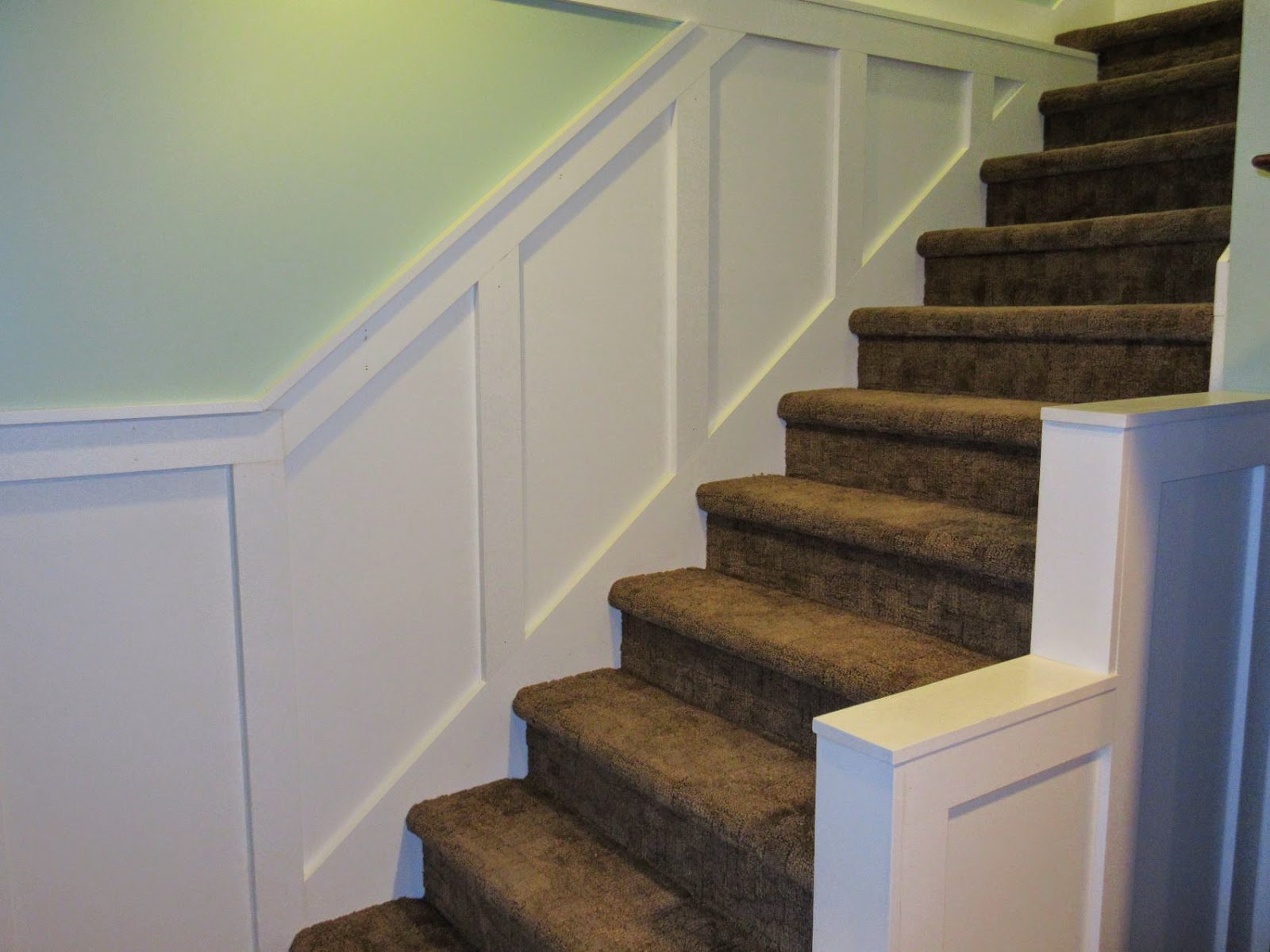 Four stiles later, I'm pretty pleased with the results.  The distortion caused by the camera lens makes the spacing seem to decrease up the staircase, but in reality it's uniform with the rest of the wall.  After a short confidence-building exercise like this I find myself wishing I had more opportunities to practice my new-found technique, but life seldom works that way for me.  In the mean time, I've got another tool that should reduce anxiety in the future.