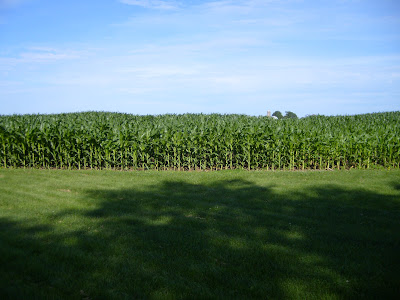 June 20
The growth rate data for the corn this year has been so interesting compared with last year, that I just had to share the data even though the corn is not done growing. Our initial impression that the stalks were growing slower this year was confirmed when the data from both years is plotted on the same chart as seen below. 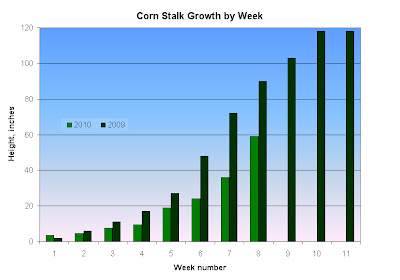 Week one in each case is the first Sunday that the plants appear above ground, and you'll notice this year's corn is lagging the pace set by last year's crop. In weeks 6 and 7, the stalks were only half as tall as they were after the same number of weeks last year, although week 8 shows the 2010 corn increasing its growth rate at the same time the 2009 corn was slowing down as it approached full height. There could be several reasons why the stalks are growing slower this year, but I think one of the primary reasons is the weather. Because the 2010 corn emerged about 3 weeks earlier than last year's corn, it has had fewer hours of sunlight in which to grow. The weather was warmer and drier in April 2010 than 2009, which made it possible for many farmers to plant early, but cooler weather in May may have slowed the growth of the corn over the first few weeks of the 2010 growing season. 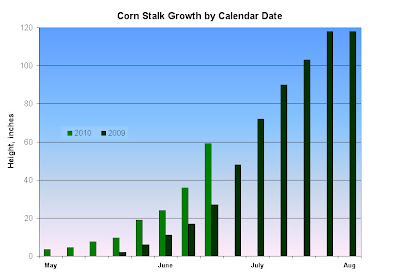 Consequently, it seems prudent to present the data with respect to calendar dates as this second chart shows. When viewed this way, the corn is much further advanced now than it was at the same time last year, and it looks like it could easily rival last year's crop. Farmer Wagenbach thinks the final height of the stalks could be shorter than last year based on the time of planting, since early crops generally don't grow as tall as later crops. He says that's primarily due to the difference in hot days experienced by the plant since corn grows taller in hot weather than cold (all else being equal). Ultimately the height of the stalk doesn't matter as much as the quality and quantity of the kernels produced by the ears, so we won't get too excited about the discrepancies in growth rates. Instead, we'll just enjoy another opportunity to play with some data and try to understand the world around us. Thanks for visiting! 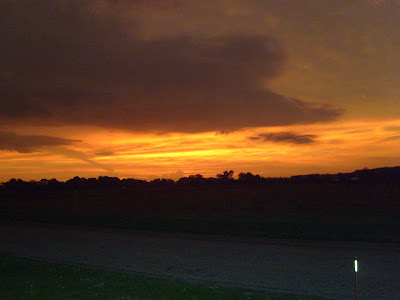 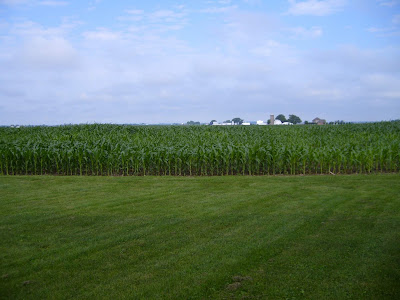 A couple months ago, I showed an image of our cherry tree in full bloom and commented about the chance that we may have a good harvest this year. A few heavy rains knocked some fruit off the tree before its time, and the bugs beat us to a few other cherries, but overall the harvest was pretty good. 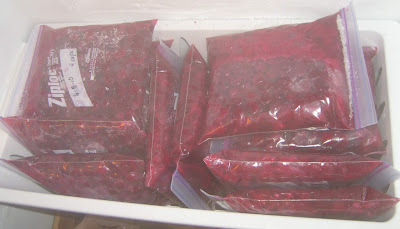 Over 36 quarts of pitted cherries have been harvested over a couple weeks, most of which is resting frigidly in our freezer. Praise God for good harvests!
Posted by Mr. Riggenbach at 4:52:00 PM 2 comments: Links to this post

... but I think I see the new trend in blog posts that's sure to spread quickly across the blogosphere, as evidenced here. Okay, now you can go look.
(Thanks, Elissa!)
Posted by Mr. Riggenbach at 9:47:00 PM 6 comments: Links to this post

Email ThisBlogThis!Share to TwitterShare to FacebookShare to Pinterest
Labels: mysteries 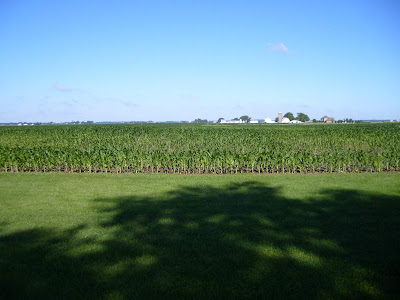 Over a month ago, this blog addressed the question, "Was last winter unusually cold?" and in the process we also wondered whether 2009 was colder than average in Peoria, Illinois. When we were living through the weather of 2009, the year seemed colder than normal to us: we received 50% more precipitation than average that year, which probably meant more cloudy days, and a general feeling that more days were colder than average than warmer. Not one to be satisfied with subjective feelings in matters like this, I dug up the data to uncover the truth about 2009. 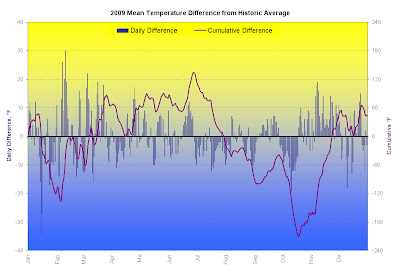 Another way to look at the data is to look at the cumulative degrees above or below average. That data is reflected in the purple curve that wanders above and below the 0°F line in the chart above. As you can tell, the curve ends the year on the right side of the chart in positive territory -- 42 degrees above average to be exact. Dividing that number by 365 days tells us that each day in 2009 was, on average, 0.12 degrees above the historic average. That may be a small enough number to be statistically insignificant, or at the very least, indiscernible for most people.

So, was 2009 colder than the historic average? That, like most conclusions about weather trends these days, depends on which criteria you use to make the decision. Thanks for visiting, and thanks to Weather Underground for the historic data.