Unusual sightings in our area... 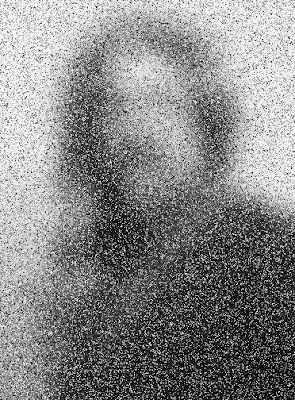 Email ThisBlogThis!Share to TwitterShare to FacebookShare to Pinterest
Labels: mysteries 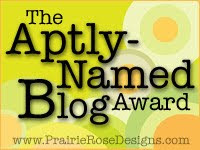 I'm humbled by the generosity of Kathryn at Prairie Rose Designs for choosing this blog as the latest recipient of the "Aptly-Named Blog Award." The honor came following the post just preceding this one, but I suspect a series of agricultural posts last summer played a significant part in our recognition.
Since we are firm believers that rewarding behavior enforces it, our readers can rest assured that we will endeavor to live up to all that this award stands for, and will strive to continue winning this award for many years to come!
Thanks for visiting. Interview requests can be submitted in the comments section.
Posted by Mr. Riggenbach at 10:11:00 PM 7 comments:

Email ThisBlogThis!Share to TwitterShare to FacebookShare to Pinterest
Labels: honors and recognition

Family history as told by the odometer

If you're like me, when you pass a milestone, you reflect on the experiences that brought you to that place. What would be more natural when your car passes the 200,000 mile mark than to look back at your mileage log and remember the events that logged those miles? 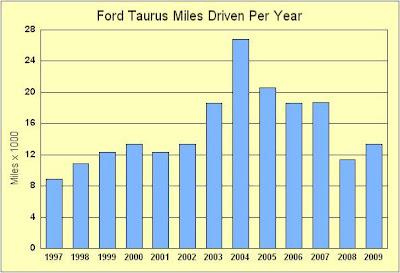 1997 wasn't a full year since we bought the car in April. The Taurus replaced a 1984 Honda and became "Karen's car" since it was obviously the most reliable of the two cars we owned at the time.
1998 through 2002 represent the quiet years of use by a mom with two young children. Homeschooling started in 2001 so that may have contributed to the slight dip that year.
The change in trend starting in 2003 can be traced to at least two effects. In late 2002 we bought a timeshare and started feeling our way back into traveling more on vacation. Mid year 2003 we donated our second car to charity, and became a one-car family for the first time since 1995.
2004 included our first trip to Williamsburg, VA in the spring, and a 5,000 mile trip through the west in September.
By April 2007 we were a two-car family again, although the Taurus didn't really become the secondary car until early 2008 -- almost eleven years as our primary transportation. Mileage for 2009 increased slightly because I was driving further to work most of the year.
That brings us to where we are today. Unfortunately, we probably won't be able to follow our family's behavior with the Taurus mileage anymore, but it may be possible in the future using the minivan log. Stay tuned: more exciting charts in the future!
Posted by Mr. Riggenbach at 7:19:00 PM 6 comments:

In April of 1997 we bought a brand new Ford Taurus that we hoped would serve us for many years. As of yesterday, it's traveled 200,000 miles and continues to serve us well. This is the first vehicle we've driven this far, and I'm grateful for each additional day of service we can squeeze out of it. 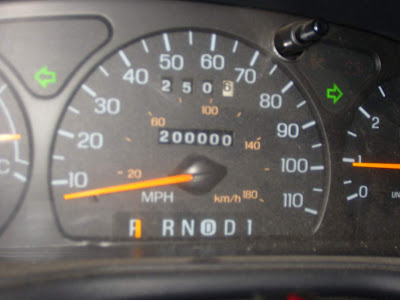 I'll spare you the details of the Toyotas, Hondas, and Mazdas that died before they reached this milestone, I'm just happy to finally drive a car this far. If someday it hits 300,000 miles, you'll read about it here first!
Posted by Mr. Riggenbach at 8:07:00 PM 6 comments: