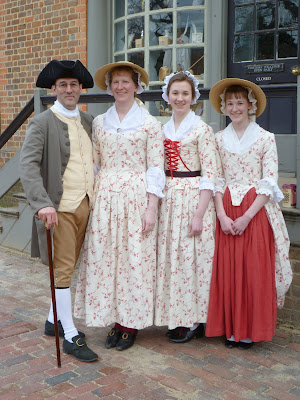 Blessings from the Riggenbach family
Posted by Mr. Riggenbach at 9:33:00 PM 3 comments: 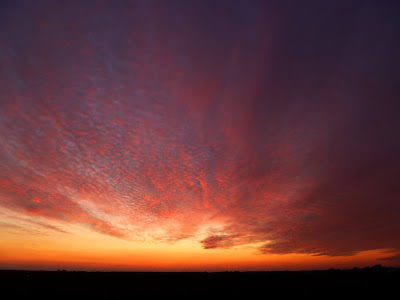 Time for another bathroom update

Until we added the bathroom in the basement this summer, this bathroom near the bedrooms served as our primary bathing facility.  Sadly, it had not received a lot of attention when we remodeled several other rooms before moving in four years ago. 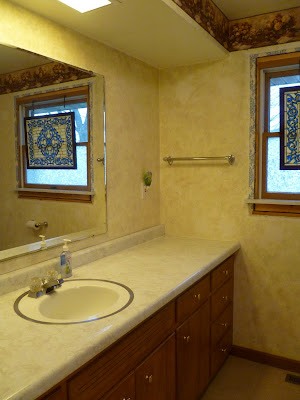 The sink and counter top are original, over 50 years old.  Cabinets: original.  Mirror: original.  Window: replacement, about 20(?) years ago.  Wall paint by previous owner about seven years ago. 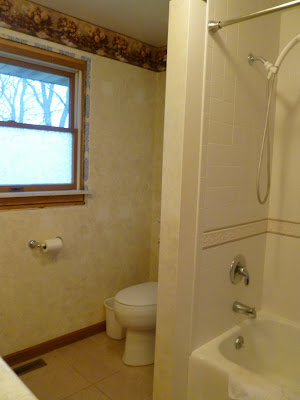 The blue print around the window is wallpaper (original?) that was covered by trim boards (which I removed just before these pictures were taken).  A previous owner painted over the wallpaper and added the border near the ceiling.  The toilet is probably less than 10 years old, and I believe the floor tile was added less than 7 years ago.  The tile around the tub is one of the few changes we made four years ago. 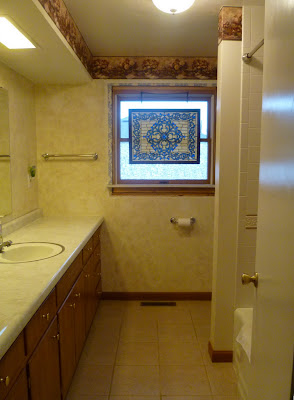 Karen found the stained glass a number of years ago, and it finally found a place (of sorts) in this room. 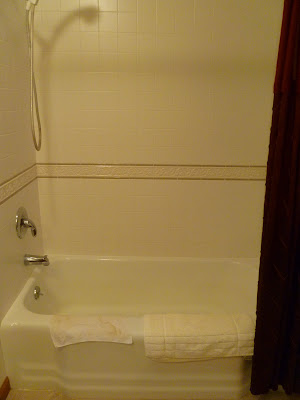 Here's another look at the tub and tile.  When we bought the house, plastic shower walls and a sliding door surrounded the tub. We removed those and added the tile, curtain, and rod.  The tub is another original -- cast iron with a porcelain coating.  Unfortunately, the coating was getting very rough on the bottom of the tub; so rough that we had to address the issue.  After investigating a few options, it was apparent our most economical (and lowest risk) option was to simply replace the tub. 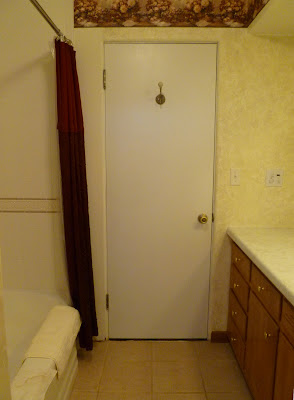 The door is original, although we painted it to match the white trim in the hallway.  We also added the robe hook on the door. 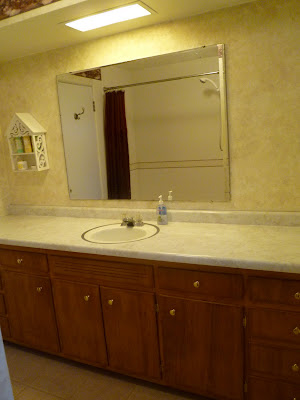 The view from the toilet.  The light in the soffit is original.  The wall decoration was our addition. 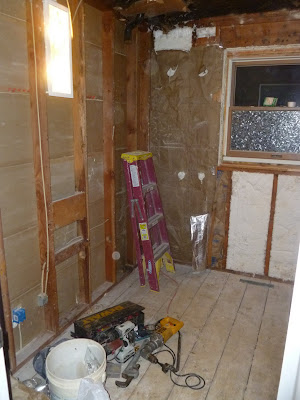 This is the "after" picture.  As I mentioned, the tub had to go.  The floor was installed improperly and was cracked in many places.  The "before" pictures are very flattering to the cabinets, which were pretty sad in person.  The plumbing had issues on both the supply and drain sides.  The window has been leaky since we moved in, and typically received an extra layer of plastic in the winter.  After removing the plaster from the outside wall, it was apparent that our insulating efforts four years ago were only partially successful.  In the end, it was easiest to simply remove almost everything in the room. 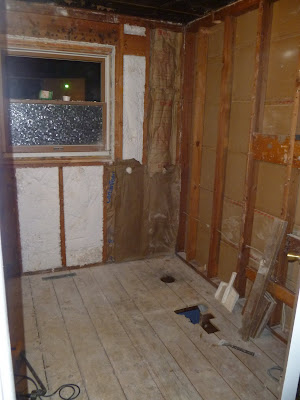 The hole in the floor in the corner was where the toilet used to sit.  The tub used to sit in the right foreground, with a wall in between.  Not much left at this point! 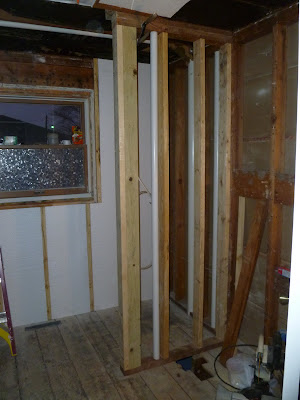 In this image you can see the wall between the tub and toilet has been rebuilt, some plumbing vent pipes have been installed, and styrofoam board insulation has been added to the outside wall. 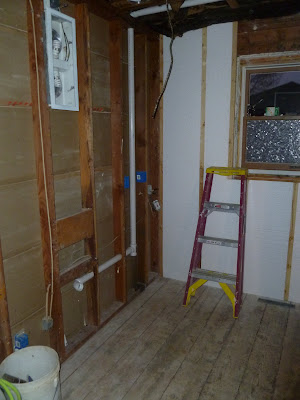 More plumbing drain and vent pipes on this side, and additional outlet boxes. 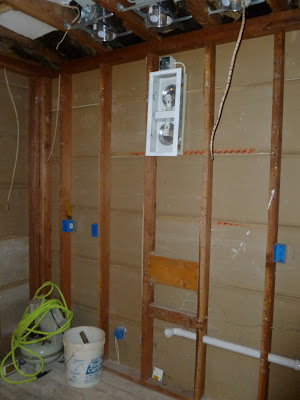 In this view you can see the can lights in the ceiling where the soffit used to be.  The light fixture on the wall in this view was only temporarily mounted for construction lighting.  Construction has progressed since these photos were taken, but that will have to wait for another blog post.