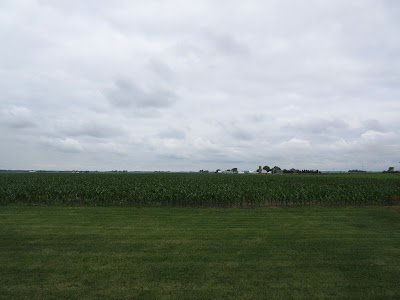 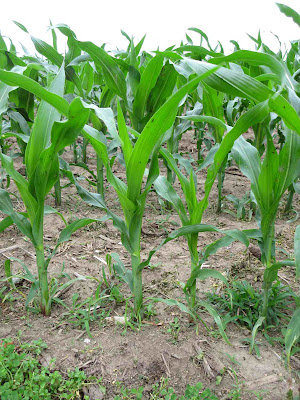 The week before June 5th was warmer each day than the historical average, accumulating 34% more heating degree days than normal. The plants cooperated by leaping up to 24 inches tall on average, which is about average for this time of year, and consistent with 2010 when the planting date was about the same as this year. 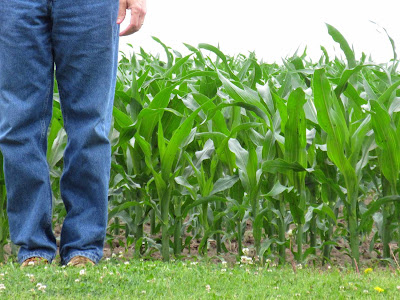 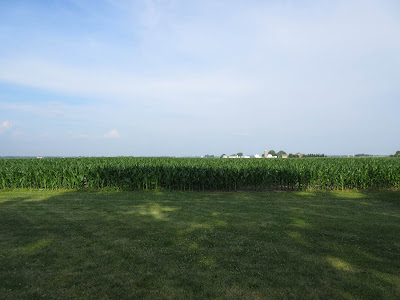 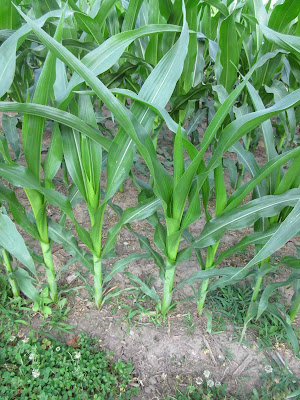 The week prior to June 12 saw five of the seven days average warmer temperatures than the historical average, but rainfall only managed a trace.  Heating degree days totaled 23% more than average and the corn plants continued to match historical norms by reaching 40 inches tall. 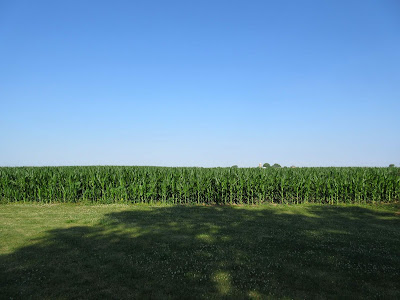 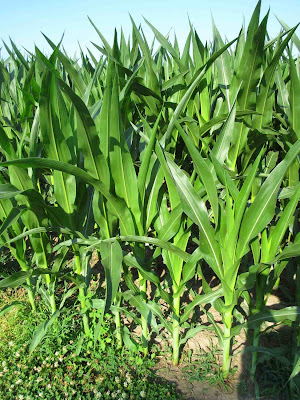 I wouldn't say the corn plants looked bad on June 19, but continued hot weather with minimal rain showed its effect on the grass in my yard, and the corn around it. You'll notice the leaves have a slightly spiky appearance that is the result of dry, hot weather as the plant attempts to conserve moisture. All seven days of the week were warmer than average, resulting in 31% more growing degree days than normal, while the plants continued to grow at a normal pace, reaching 57 inches tall.

The other item worthy of note is the fact that the farm across the highway is barely visible now, and the vehicles on the highway are fully hidden from view.

Is there any object in your house that makes you smile every time you look at it? Several years ago, Karen found this tree and we gathered photos, made copies in appropriate sizes, and populated the frames as you see in these two photos. Even though I've been looking at these photos almost every day for years now, I still find joy in the beauty and memories captured in this project. 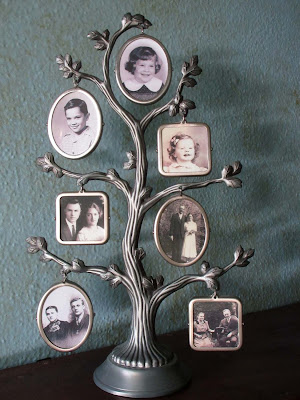 Karen's side includes a darling picture of her as a preschooler at the top, and images of her parents immediately below revealing her mother as a huggable toddler, and her father sporting an impish grin that was probably well known to his parents. Karen's grandparents are on the next row down, both shown in their wedding photos. At the bottom, Karen's father's maternal grandparents are pictured in their engagement photo on the left while Karen's mother's paternal grandparents are shown in a semi-candid shot later in their marriage. 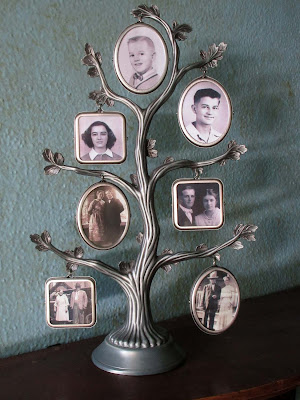 My side of the tree includes a shot of me as a preschooler at the top, and photos of my parents as teenagers just below mine. We included my mother's parents' engagement picture on the next row, along with the wedding picture of my father's parents. The bottom row has two candid shots, showing my mother's maternal grandparents on the left and my father's paternal grandparents on the right (an image that has graced this other post on this blog).

It's probably good that the tree doesn't have four frames on the bottom branches as I'm not aware of any photos of the great-grandparents that are missing from the tree now. I only have recollection of one of my great-grandparents, and since Karen and I both lost at least one grandparent before we were born there are plenty of people on this tree we've never met. Nonetheless, my heart is warmed by this reminder of the people that have made us who we are.

Posted by Mr. Riggenbach at 3:30:00 PM No comments: Links to this post 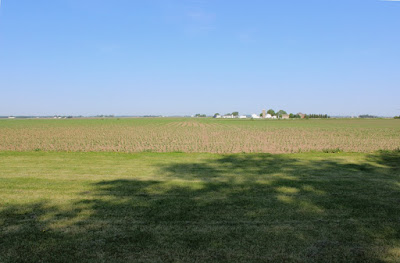 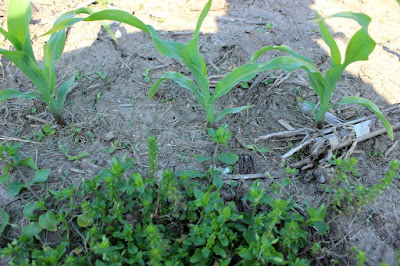 The week leading up to May 22 was quite a bit colder than normal, and recorded a bit more than half the historical average for growing degree days. Consequently, the plants only grew a couple inches that week. Special thanks to my trusty assistant, Lily, for taking photos for me while I was out of town on the 22nd. 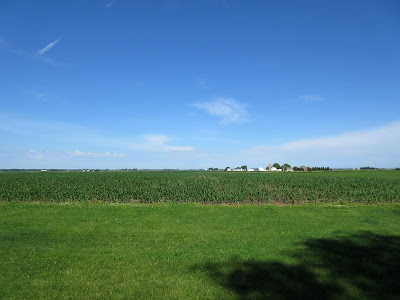 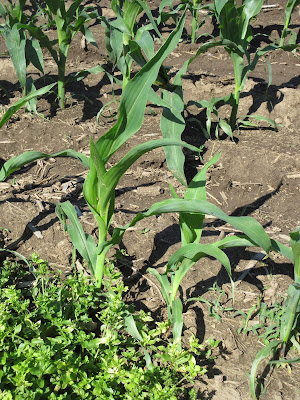 The next week turned warmer and provided decent rain such that the plants sprouted up to 15 inches tall while enjoying 49% more growing degree days than average. Like most years, it appears that the plants won't have any trouble reaching knee high by the fourth of June.