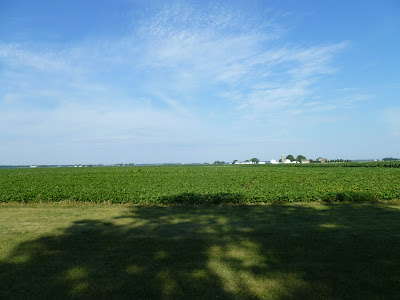 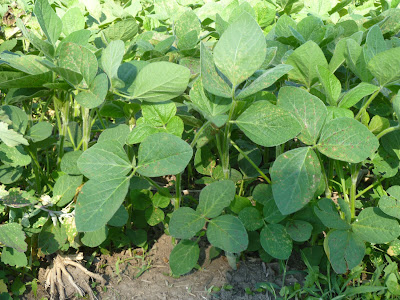 The plants I examined had attained five trifoliolates fully emerged by June 10.  If you look closely, you can see spots on the leaves from the herbicide that was applied a few days earlier.  Some of the other plants are showing more severe reactions to the herbicide, but obviously all the weeds hadn't died yet. 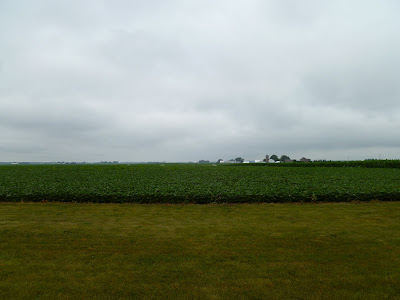 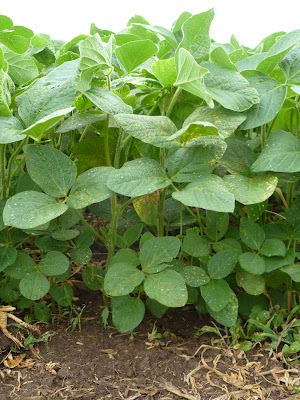 Six trifoliolates had emerged by June 17, and more of the weeds had surrendered to the herbicide. 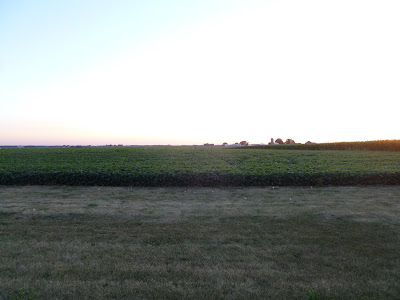 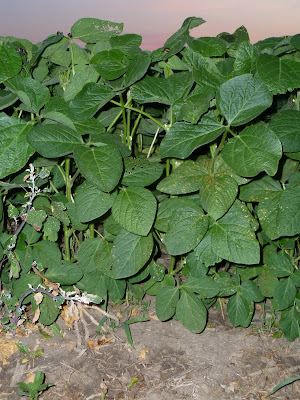 These pictures look a little different because they were taken in the evening instead of the normal morning shots.  I counted eight fully emerged trifoliolates this week.  One can also observe damage to many of the upper leaves caused by Japanese Beetles, which were also present for this photo on some of the upper leaves. 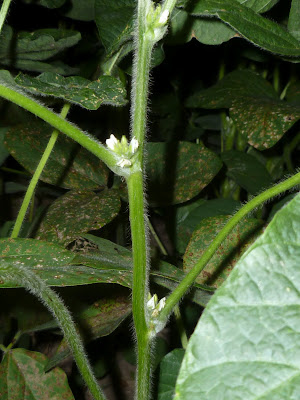 Probably more significant this week is the presence of these blossoms.  By my amateur estimation, it appears that the plant is now in the first reproductive stage.  Things are really getting exciting now!