One small part of the basement remodel project was replacing the door that separates the east half of the basement from the west half.  The door style, while architecturally interesting, didn't match the style of the rest of the doors in our house, and the size of the door was non-standard.  Here's the culprit. 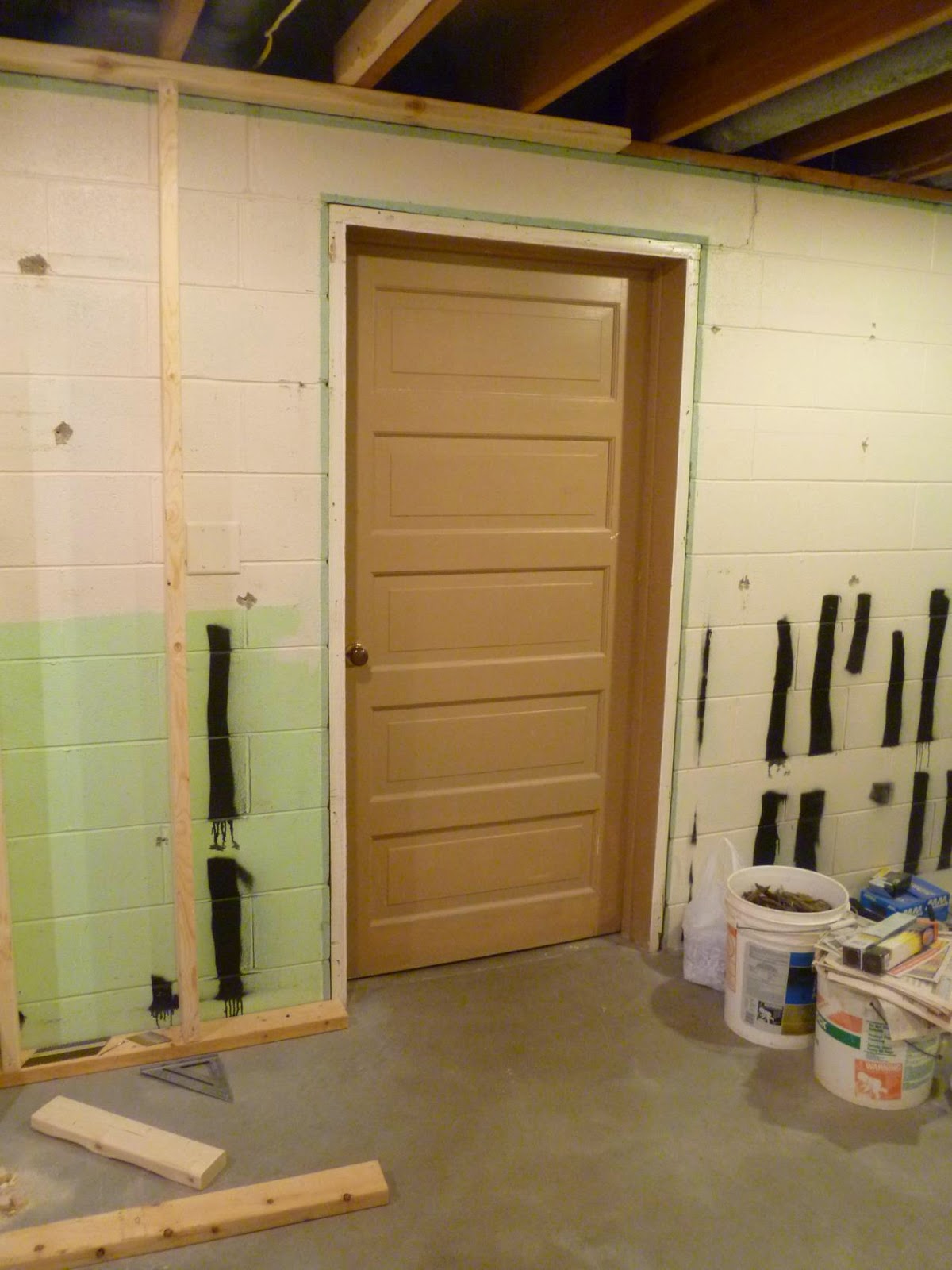 We had a similar door leading to the space we claimed for a bathroom on the other side of this basement space.  Although we replaced that door a few years ago, we didn't change the height.  In fact, I didn't consider changing the height until well after it was practical to do so.  So we have a door on the bathroom that kinda matches our other doors, but is shorter than normal.  On this opening, I decided to do a little extra work to end up with a standard 80" tall door. 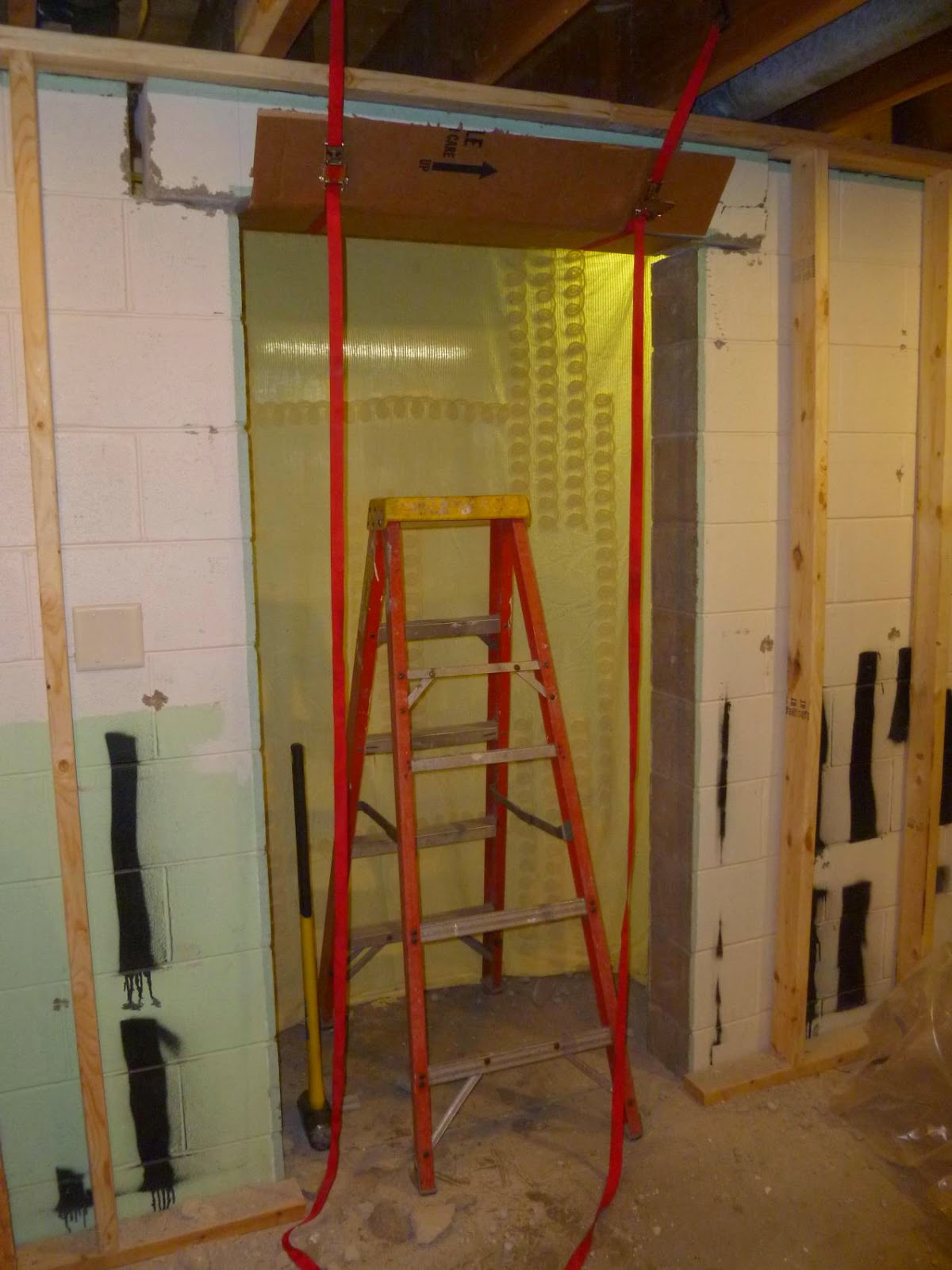 The biggest challenge was removing the header over the old doorway that supported the floor joists above it.  As you can see, the wall is constructed from concrete blocks, and the header is solid concrete about 52 inches wide and about 8 inches tall and deep, which would mean the header weighs about 280 pounds.  Although I planned this process as best I could, I wasn't sure how much effort would be required to loosen the header from the wall, and move it off the wall so it could be lowered to the floor.

I used a rotary hammer to loosen the mortar around the header, and then beat it with my 10 pound sledge hammer to move it off the wall.  I was appropriately concerned about safety through this procedure, and supported the header with two nylon cargo straps attached to hooks temporarily mounted in the floor joists. 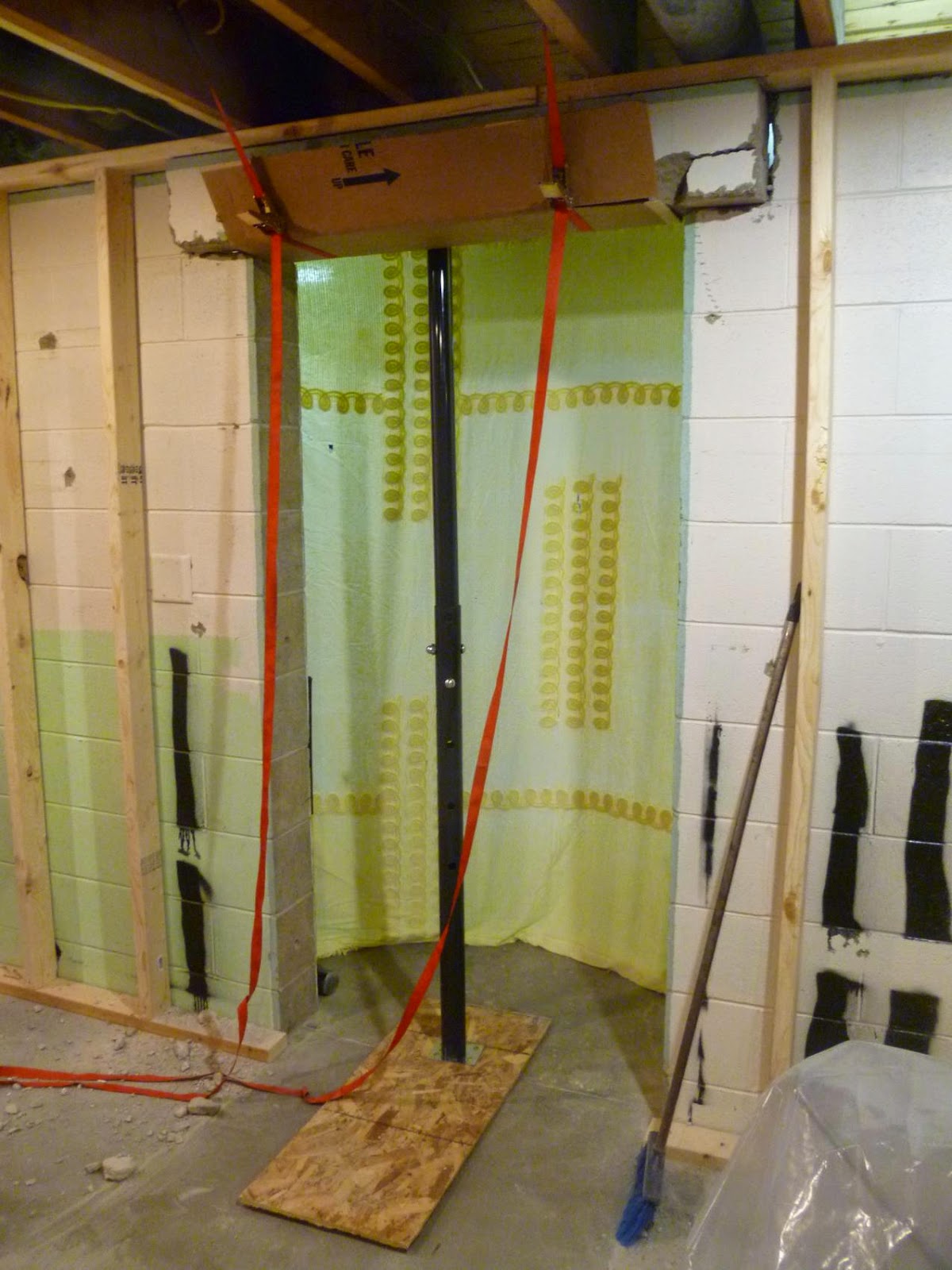 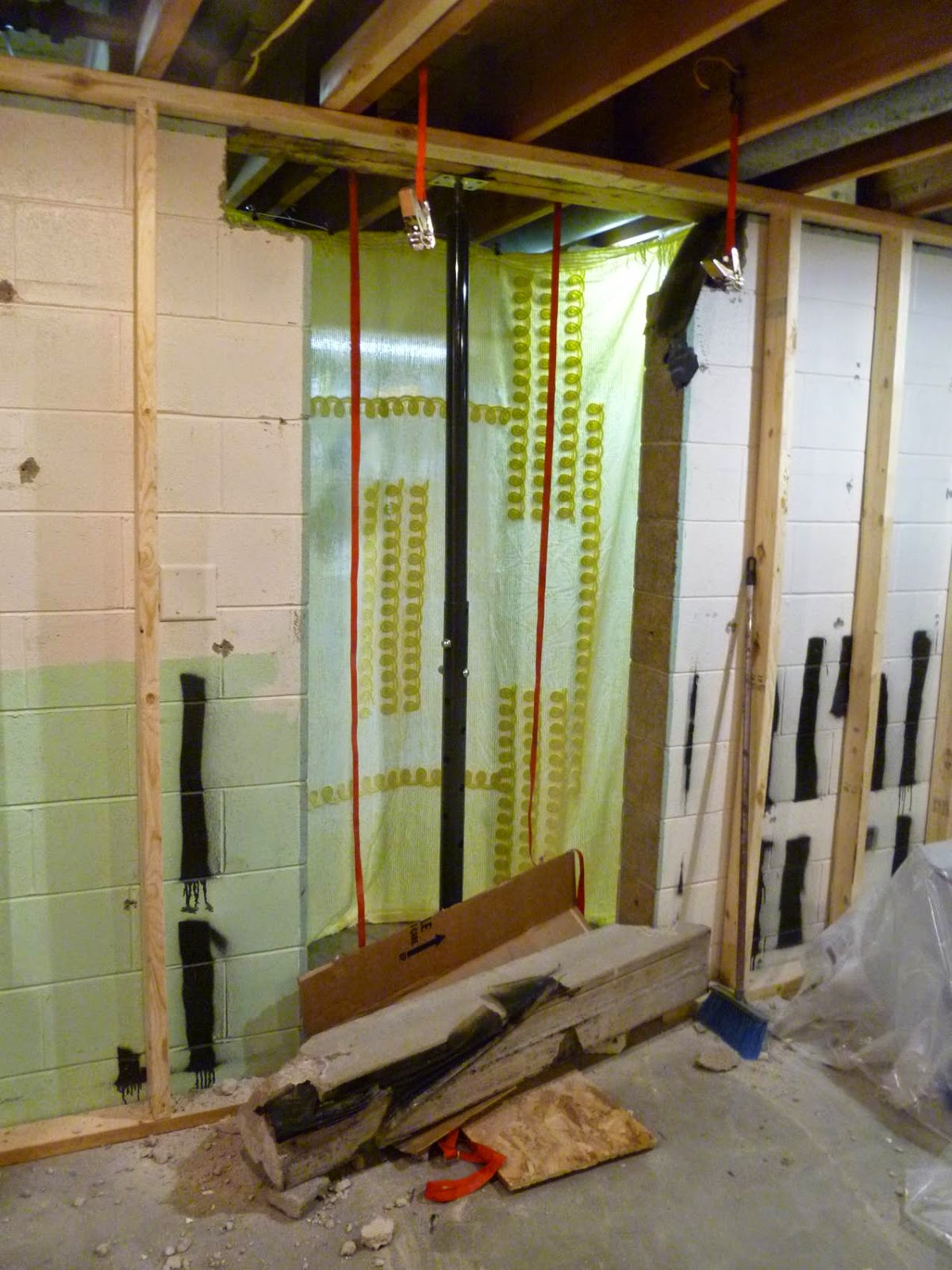 Once the header was free to be lowered to the floor, I couldn't take my hands off the straps until the concrete reached the floor.  The concrete was removed without injury, and I was able to build a wooden header that both supported the floor joists, and allowed room for the full-height door. 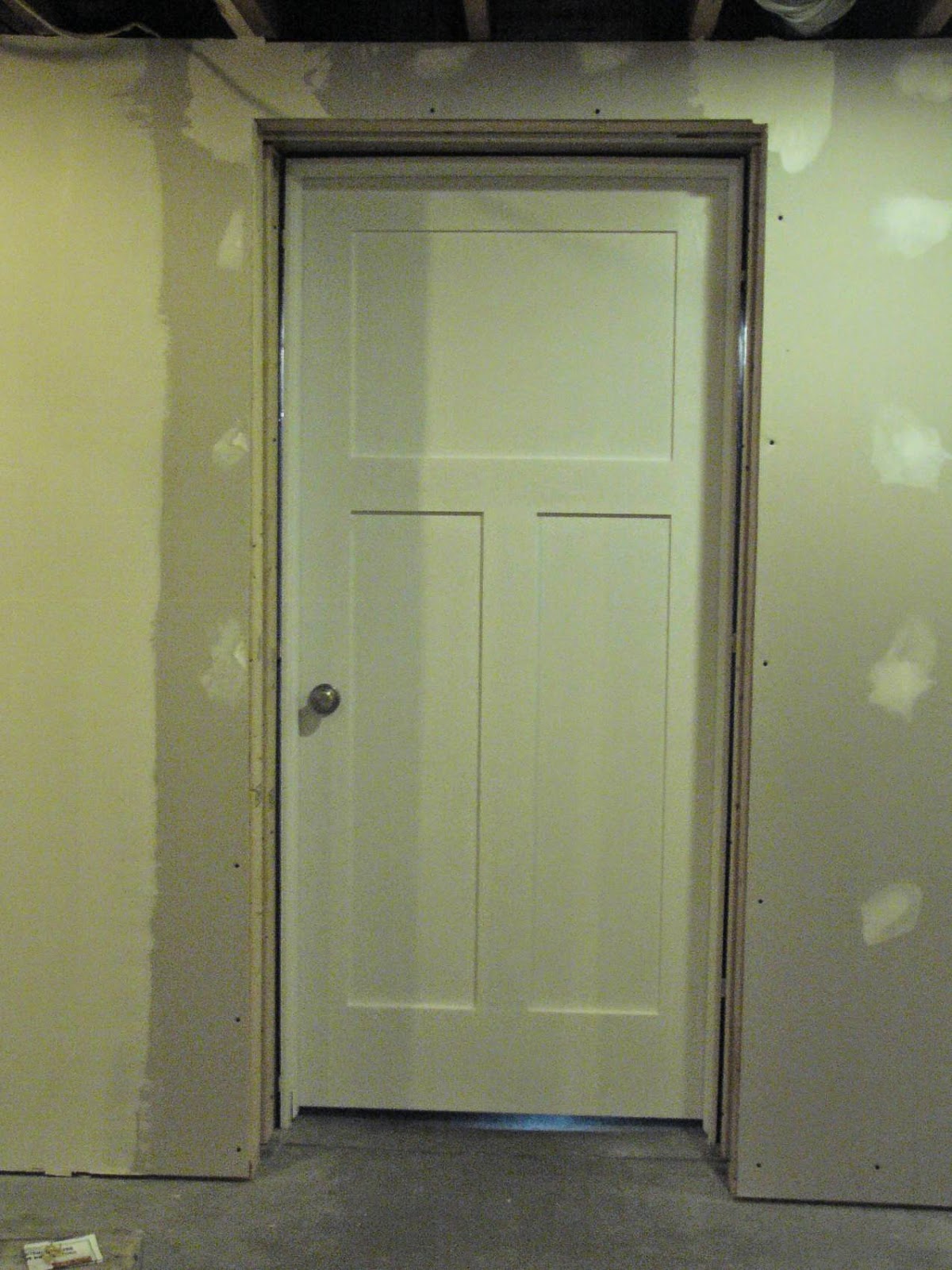 Obviously this photo was taken much later, but it shows the new door painted and hung in the larger opening, and ready for trim.