Back to Williamsburg in April, Day 1

Since we started visiting Williamsburg in 2004, we've concluded that the best time of year to be here is in April.  The weather is warm, but not oppressive, and most of the world is not on vacation yet.  We're especially glad to be back this April as it has been three years since we've spent a week here in this beautiful season.  Sit back and enjoy the experience with us. 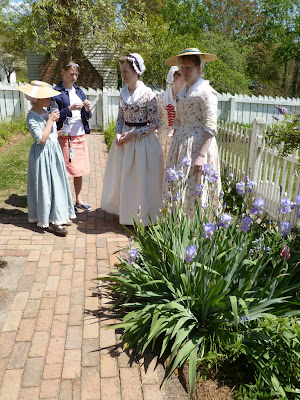 One of our first stops this year was this "prettyish little sort of wilderness" just off Duke of Gloucester Street that has become a favorite garden spot.  As you can tell, we were privileged again to be joined by the Madeira family from Pennsylvania because the experience just isn't the same without them. 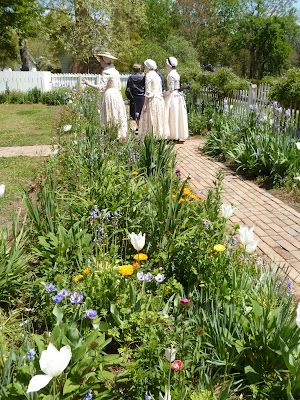 I'll leave it to the sharp-eyed horticulturists in our audience to identify the flowers in bloom in this patch.  Fortunately, one doesn't have to identify a flower to enjoy it. 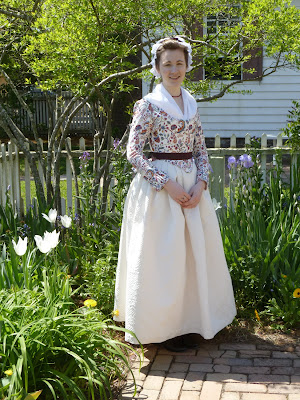 Lily constructed a new Pierrot jacket (1780s) made in a reproduction Indian chintz, and petticoat made from Marseilles fabric that are making their debut on this trip. 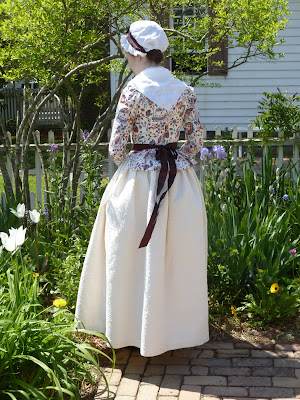 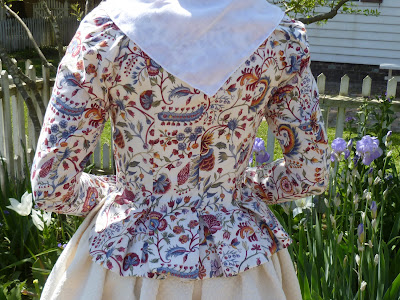 Closer view of the jacket detail (including the cute little covered buttons). 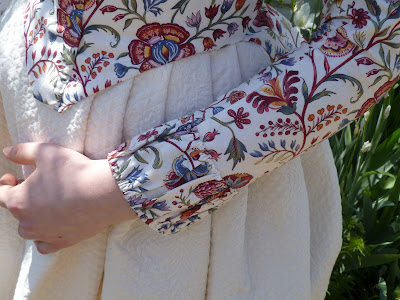 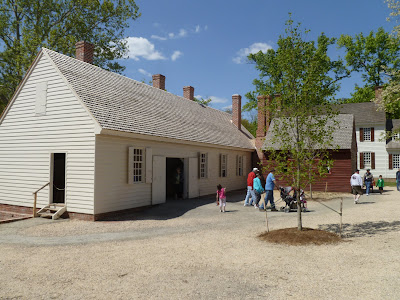 Since we were here last March, these two buildings have sprung up in the Anderson House backyard.  The blacksmith shop has been located here as long as we've been visiting, but the old building was torn down a year ago so archaeologists could explore the site to more accurately represent the buildings that were here in the 18th century.  The white building is the blacksmith shop, while the brown building to the right is the kitchen.  Several more buildings are planned to recreate the Public Armoury that Anderson operated on this site between 1778 and 1780. 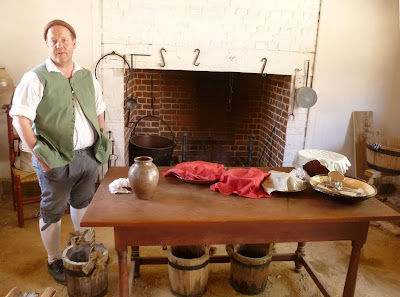 One of the cooks in the Anderson kitchen was this gentlemen that we've visited several times in the Palace kitchen across town.  He explained that the fare at this site was typically a one-kettle meal that could efficiently feed the forty workers employed at the armoury. 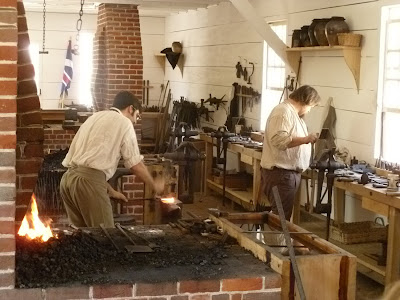 The blacksmiths seem well adjusted to their new shop.  I have a feeling the white walls and ceiling in this building won't be white very long. 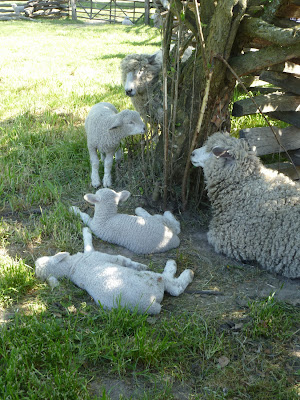 Another good reason to visit in April is that lambing season is usually in full swing.  Here are a few of this year's adorable candidates. 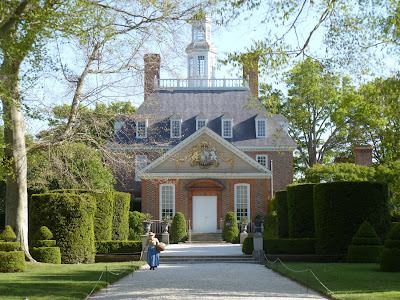 The end of the day found us relaxing in the gardens behind the Palace contemplating how much effort it would take to make our back yard look like this. 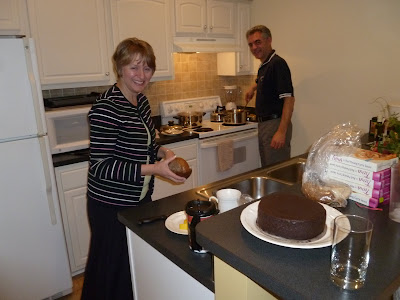 Back at our home away from home, Tim and Heather showed their talents preparing a delicious Italian dinner, and yes, that Trader Joe's chocolate ganache cake served as dessert.  It's good to be on vacation!
Posted by Mr. Riggenbach at 8:30:00 PM