When we last reported from the bathroom, things were still pretty rough.  The photos for this post span a couple weeks, so we've got a good bit of progress to report. 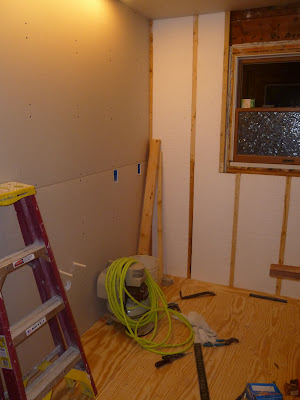 This shot shows the west wall covered in drywall, which means the supply and drain plumbing were complete in that wall along with the wiring.  The north wall still needed a little more work before it was covered. 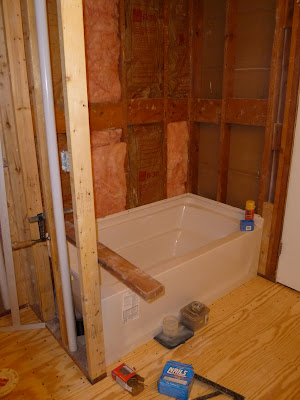 The new tub found a home at this point so it could be plumbed before the walls were closed up.  Notice we put fiberglass insulation in the east wall as a sort of noise isolation between the bathroom and our bedroom. 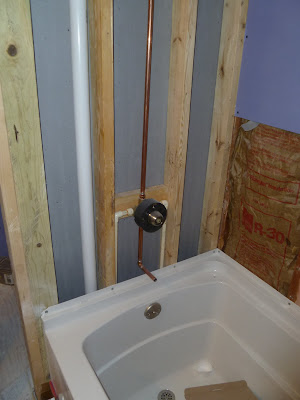 Here's evidence the supply plumbing for the bath and shower were properly installed before the sheetrock covered it up. 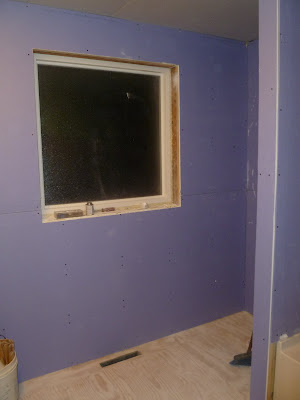 This new window was part of the unfinished work on the north wall.  You might recall we said the old window was pretty leaky.  This new window, on the other hand, appears to let more light in the room while allowing less air to leak in. 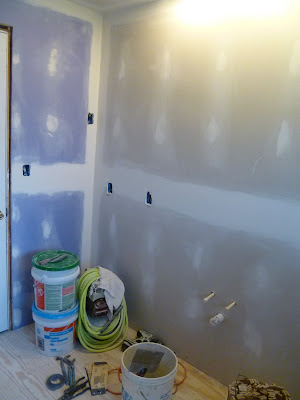 Next came the mud to patch the joints and holes... 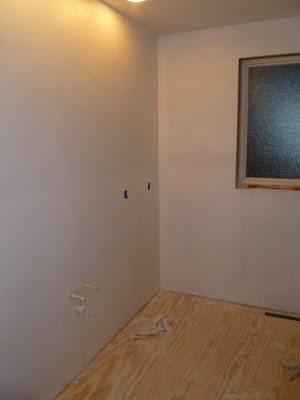 ...and following that a coat of primer on the ceiling and all the walls.  Our next post will document color choices for the walls and floor, which turned out to be a bigger event than we'd anticipated. 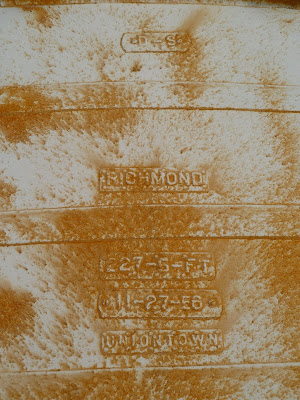 Finally, I wanted to share this shot of part of the bottom of the old tub.  Notice the manufacturing date for the tub recorded as November 27, 1956.  I consider that good evidence that the house was not built before that date.  I could be wrong, but that's my story and I'm sticking to it.